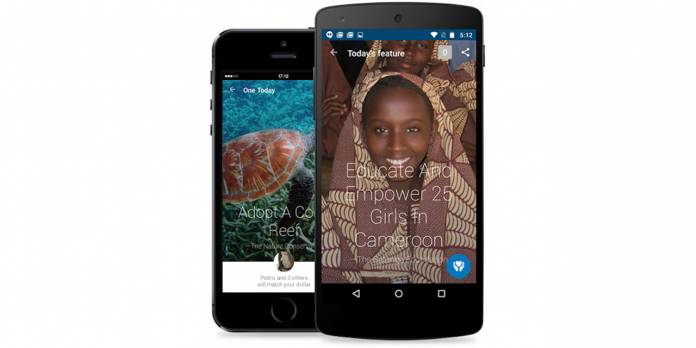 When Google launched its non-profit donating site Google One Today seven years ago, there were probably not that many donation sites existing. But now that you have a lot already and they realized people are going elsewhere to do their online fundraising, the site is not so useful anymore. And so Google has announced that by February 6, 2020, they are shutting down the site but of course, they assured users that 100% of the funds will still go to the respective projects.

You can be forgiven for not knowing anything about this website until today as it has not been that widely marketed. Google One Today allowed people to donate to their US-based non-profit organization of choice. All the donations here were tax-deductible and there were no additional transaction fees. You can donate “discreetly” if you didn’t want anyone to know about it or you could share with others that you donated to encourage them to do so as well.

But now Google says “donors choose other products to fundraise for their favorite nonprofits” and so they have decided to shut down the site entirely. Non-profits will not be able to sign up anymore to be included on the website. The app will be turned off soon and all of the currently open projects will be deleted. But they also assured us that all of the profits will be donated in full to the projects that they were allocated to.

While there are indeed a lot of other websites that you can use to fundraise and to donate to non-profits that you prefer, this one week’s notice is not so great. If you are one of those non-profits that signed up and you don’t have any other online place to fundraise, you will now have to scramble to find a replacement in just a week’s time. Good thing there are sites like GoFundMe, Indiegogo, etc, but all with varying fees and pros and cons.

You have a week left to go and “enjoy” Google One Today or get your affairs in order if you’re a non-profit raising funds there. The sorta good news is there will now be less confusion when it comes to Google One, their renamed Google Drive paid storage program.