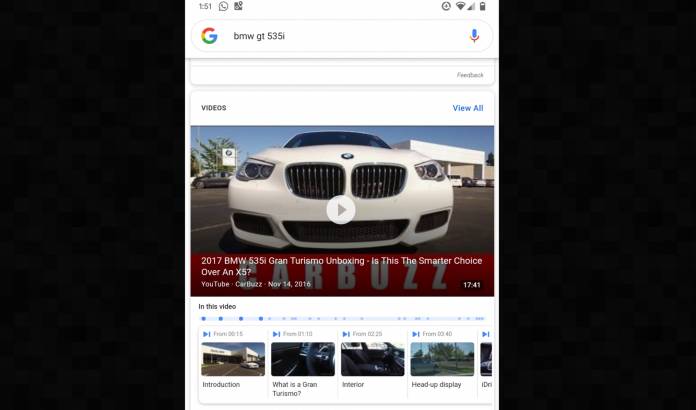 If you’re looking for instructional videos but don’t have the time to watch the longer ones, you probably just scroll through them. It’s not the easiest process but you don’t have any choice at this point. Well, now it looks like Google is giving you an easier way to scroll through videos like that with the new “in this video” bookmarks that are showing up below YouTube video results in search. It’s not yet widely released but at least we know it’s now coming to the Google Search app.

When you’re searching for something in the Google app and there’s a video in the search results, you may now see this “in this video” feature. According to Android Police, the feature manifests in a couple of different ways. With some, there’s just a sequential, right-scrolling timeline of the various timestamps within the video with description of the different parts of the video. 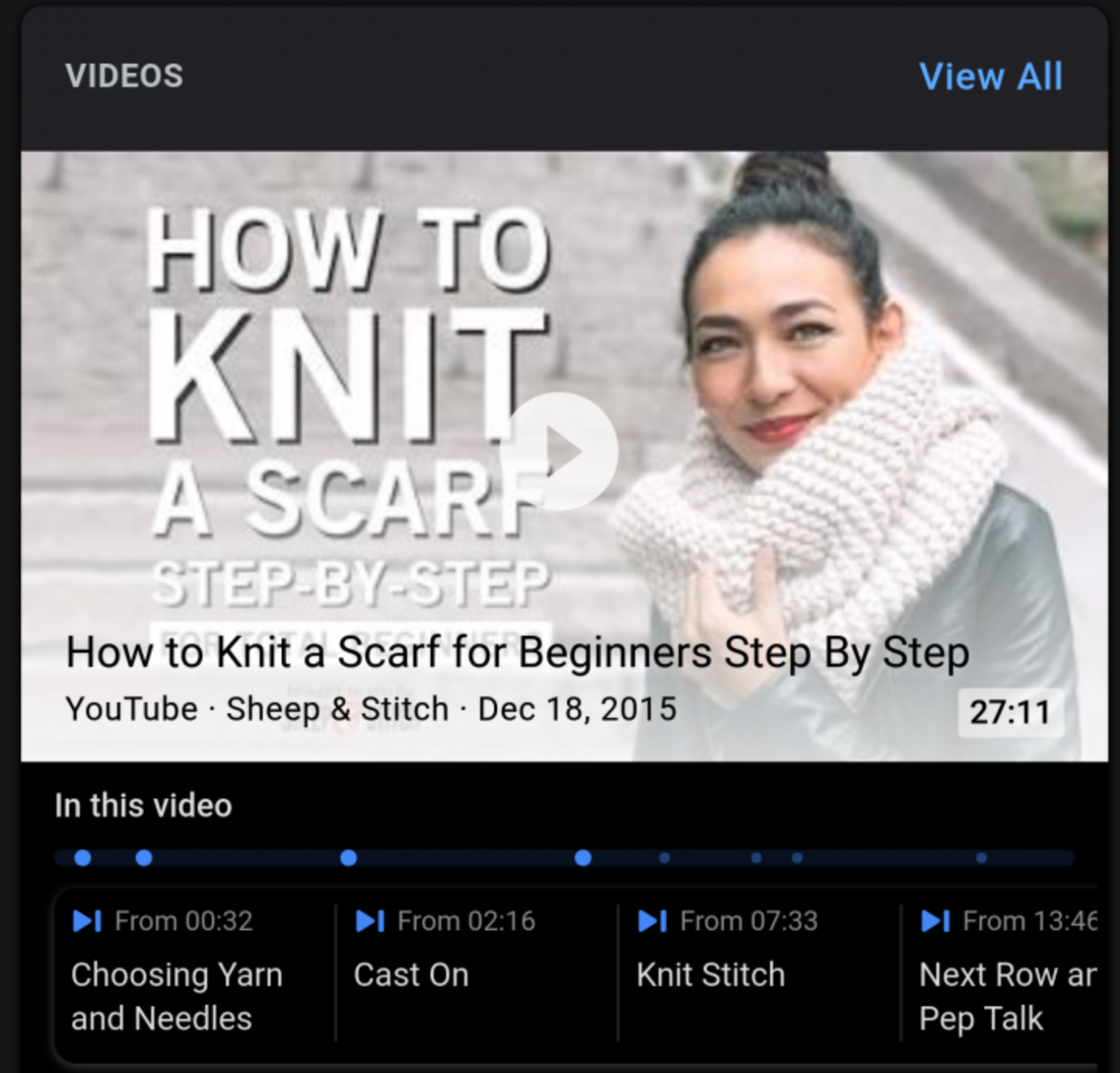 In some results, you can see the bookmarks with thumbnails along with the descriptions. If you tap on the titles or thumbnails, the video will obviously open at the timestamp indicated. As for the larger video thumbnail, it moves the accompanying descriptive text into an overlay.

Google seems to be pulling the bookmarks and titles from the time stamped links that are part of the video’s descriptions. Now as to how they’ll do this for those that don’t have these in their description, that remains to be seen. The rollout may also not be complete just yet as some results have a white space under the video results but no “in this video” timestamps just yet.

The feature may be seen in the beta release of the Google app so you may have to sign up for the beta program if you already want to see it in action. But as with a lot of beta programs, it may be buggy and unstable right now.