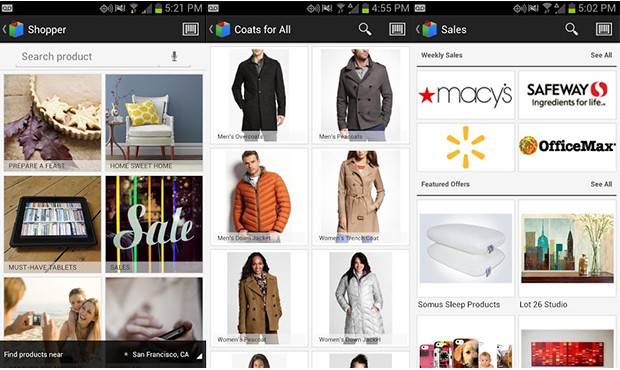 Google Shopper version 3.0 has just hit Google Play, and it brings some pretty awesome new stuff. The first, and most obvious change, is a revamped user interface. Instead of the tradition interface, it features a much more image-centric design with a slide-out menu that mirrors many of Google’s other in-house applications. This new layout allows users to see larger images of the products in question, which make the app much more user-friendly.

The new version of the app also features GoodGuide product reviews. GoodGuide is all about a product’s social impact, which Google believes should help users make smarter, more informed buying decisions. This is definitely a cool feature, that should make the application much more useful. The update also includes a new push notification area that allows you to keep up with new stuff as it lands.

If you are unfamiliar with Google Shopper, it is an app that helps you find new products and deals. It can scan barcodes and the covers of books and media. It searches for local stores and online prices. Basically, it serves as a one stop shopping companion.

The update is available now on Google Play. If you are a new user, you can download the latest version for free. The same goes for existing users looking to update to the latest version. The app supports Android devices running 2.1 and above.