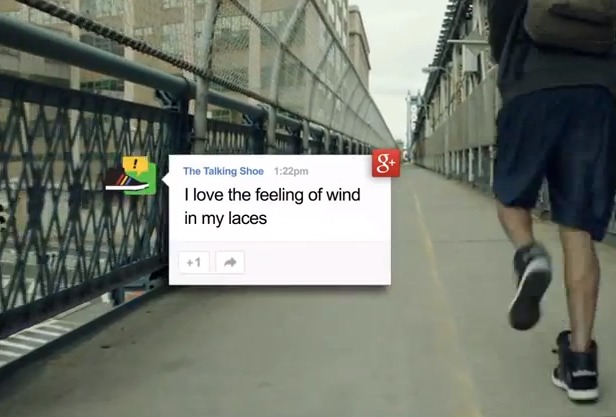 This week at the fabulous and varied series of events known as South by Southwest down in Austin, Texas, Google has made it clear that they’re not getting in to the fashion business – but they’re not letting up when it comes to experimental implementation of technology, all the same. With the brand new “Talking Shoes” integrated in to a fabulous pair of Adidas high-tops you’ll find yourself understanding rather quickly what it’s like when smart technology implementation goes strange – and if you’re lucky, you’ll find out how to make a pair for yourself, too.

Developers rejoice! Google is pushing a new initiative by the name of Art, Copy & Code that, per the company, will act as “a series of experiments to re-imagine advertising.” The star of this series this week appears to be Google’s own “Talking Shoe” as revealed at SXSW, made in a collaborative effort between the groups YesYesNo and Studio 5050.

Working for YesYesNo in this project is Zachary Lieberman, a self-proclaimed artist, hacker, and one of the founders of the group. For Studio 5050 you’ll find Despina Papadopoulos. She’s an interactive designer, design strategist, and a founding member of Studio 5050. Together these two magicians have created a pair of so-called “smarter sneakers” implemented on a smooth set of black, white, red, yellow, and green Adidas high-tops.

The objective with this pair of sneakers is to create a display advertisement with real time data displayed for onlooking prospective consumers. The actual pair of sneakers on display at SXSW worked with an accelerometer, gyroscope, Bluetooth, and a a big fat speaker on the tongue of the right sneak so you’ll hear everything they’ve got to say. According to the official Google description: 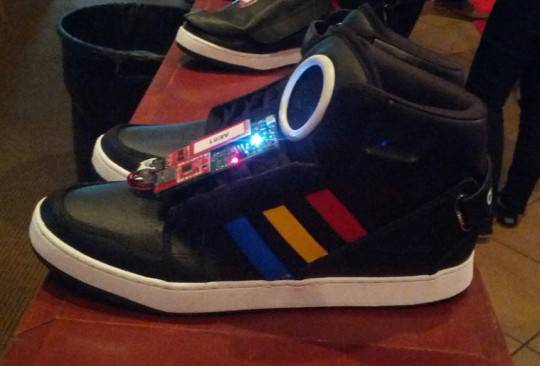 By connecting a pair of sneakers to the web, we’re creating unique opportunities between physical objects and digital ad spaces. Every move the user makes generates data that’s captured using an accelerometer, gyroscope and pressure sensors. That data then gets pushed to a web app on your mobile phone and translated in real-time into funny and motivating commentary. That commentary then gets pushed to banners and social media, creating new, interesting content in the digital world from something happening live in the physical one. 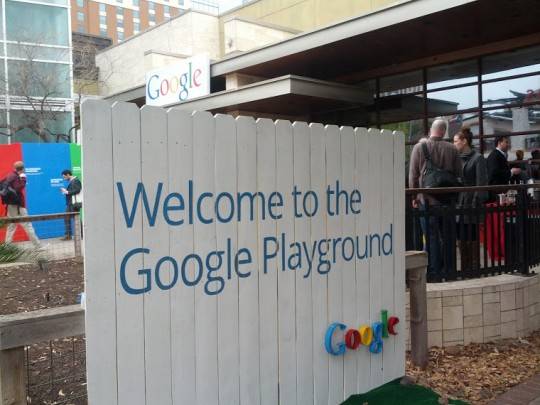 The photos you see above come from Googler Aleksandra Krainski and were taken live at the Google Playground at SXSW this past week. While we’re not expecting these sneakers to exist as a market-ready product any time in the future as they’re being shown here and now, there’s always the chance that we’ll see some developer code and build information spilled in the near future – let us know if you end up building your own!