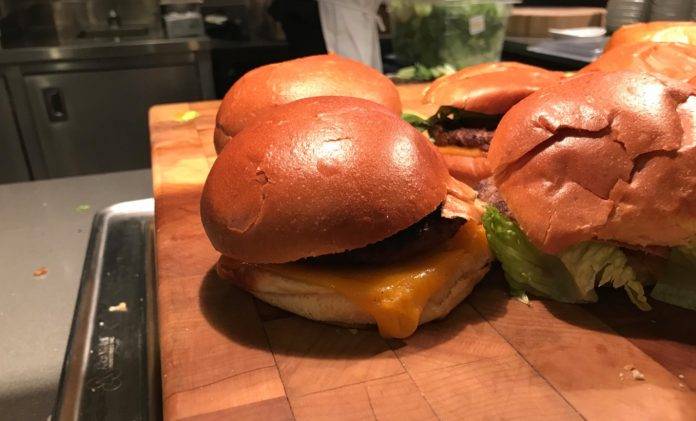 It looks like Google is standing by its burger. After an emoji that sparked a Twitter-wide debate, with CEO Sundar Pichai even getting involved (sort of), it doesn’t seem like the Android burger emoji will be undergoing an image chance soon. The Mountain View company served up an Android Burger to its employees last November 4, trying to prove that their cheese under the patty emoji is actually possible and may even be preferred by some people.

The “controversy” came about because the burger emoji from Google deviated from the norm by putting patty first before the cheese. Apple and Microsoft’s emoji had the more traditional cheese in between the bun and the meat. Pichai himself joked that they will be prioritizing this issue and drop everything to discuss this on Monday if they will ever come to a consensus on what the correct cheese placement is.

Google’s Brad Fitzpatrick tweeted out a picture on Friday showing their lunch that day: an Android Burger with lettuce, tomato, brioche bun, and you guessed it, cheddar cheese under the beef patty. He also included in the tweet the picture of the much-debated burger emoji. While the burger does look appetizing, it also shows probably one of the reasons why a lot of people prefer their cheese on top of the patty. When the cheese melts, it spills over and will probably stick to your wrapper or plate.

No news yet whether the presence of the Android Burger at Google’s lunch menu means they are sticking with their burger emoji or whether they’re just testing it out and see how it lands in “real life”. Until then, there are still people on Twitter debating this issue, if you want to weigh in.