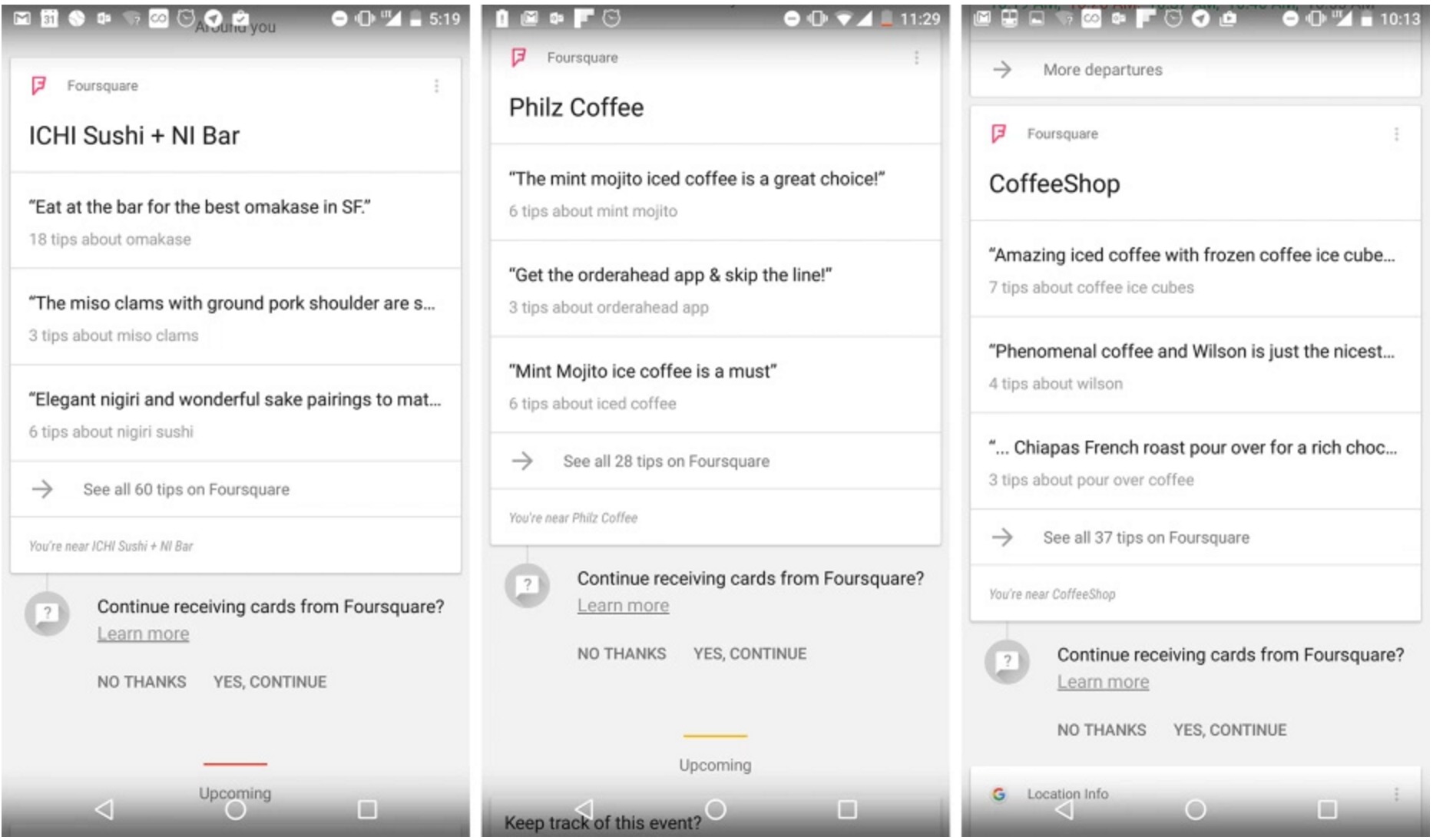 There isn’t any word from either Google or FourSquare but some users have reported seeing their Google Now showing place recommendations from the former check-in and now recommendation app. The kicker is that even if you don’t have the FourSquare installed in your smartphone, the tips still show up in the Google Now cards. But don’t celebrate just yet (if you’re happy about the integration) since it seems like it’s still in the testing stage.

We say that because not everyone can see this development on their Google Now screens. Also, these two (Google and FourSquare) have not had a very smooth relationship, so we don’t know if this is real or just a wrong button pushed somewhere. Back in 2012 FourSquare decided to use OpenStreetMap instead of Google Maps, although the Android version eventually returned to the latter. And while they seem to be competing at times, FourSquare did release a Google Glass app and Google Places is included in their options to export check-in data.

But if this “deal” pushes through, then it should be good news for FourSquare, who is no longer the app giant that it was before. Data licensing is important for them now, and by licensing its location data to Google, the returns will be huge, including getting new geolocation from Google since they will still be used even if the app isn’t installed.

So let’s just wait and see if there will be any official announcement and update anytime soon. At the very least, you’ll have various options for place recommendations since Google also uses Zagat and then if there is really an integration, FourSquare has its own algorithm.