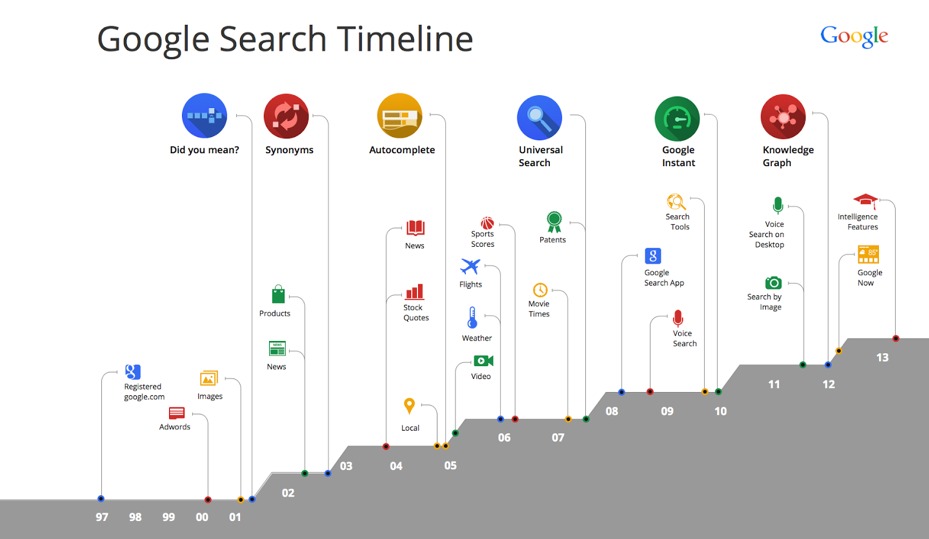 In case you don’t follow the official @Google Twitter account, or their comments over on Google+, the company is proud to be celebrating the 15th birthday of Google Search. The company has come a long way from operating in a small room, to being the giant powerhouse it is today. Along with some bragging rights we’re also getting some new features which we’ll talk about after the break.

To help celebrate the 15th birthday of Search, Google posted a bunch of awesome details and reminders about Google Search on the web, and mobile, over at their official Search Blogspot. One that is important for many, but not us Android fans, is they’re bringing the voice commands of “OK, Google” to iOS with the Google Search app. That’s no longer exclusive to Android.

From adding auto-complete, the knowledge graph, to Google Search and Google Now in the pocket of millions of Android and iOS users, things surely have grown beyond anyone’s expectations. One of the biggest new features is cross-platform notification and reminder sync. This means if you tell Google Now (search) on your Nexus 7 something like, “Ok Google, remind me to stop at the bank” and it sets a reminder, you’ll get that same reminder at the desired time on your Android tablet, phone, or even your iOS device of choice. They’re adding both the OK, Google phrase and sync to their mobile apps. Awesome.

Google’s added comparisons and filters with the knowledge graph, and much more. It really is one of the most powerful tools on a mobile device to date. Asking questions like “compare butter to olive oil” in Google Now will get a detailed comparison, although this feature is still extremely limited. I tried multiple other comparisons without the same result. It’s a work in progress.

The Google Search update that hit Android yesterday probably brought more of these features to the platform, even if many of the changes are on the backend, so be sure and check for updates if you haven’t received the latest Google Search (now) app quite yet. Google probably has a lot more exciting news for us this week and next, like KitKat, so stick around for the latest and greatest news.