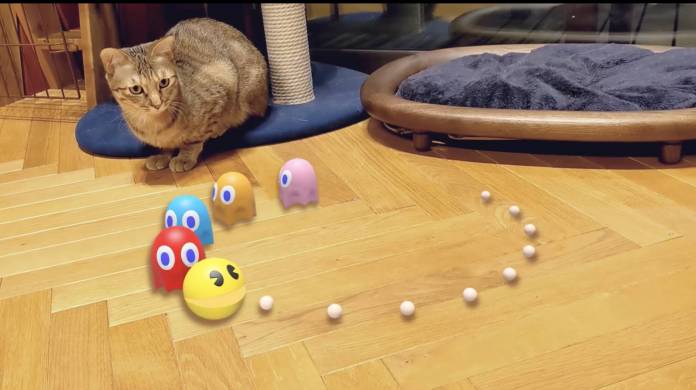 We’ve seen animals, dinosaurs, skeletons, insects, and various other creatures have been showing up in all of their 3D and AR glory in Google Search. The latest new thing that you can search for and put in your space would please fans of Japanese pop culture. You can now see 14 iconic Japanese characters like Pacman, Hello Kitty, and Ultraman on Google Search and the Google mobile app and take photos and videos of them running around in your room.

The anime and video game culture of Japan has fascinated people since the 50s when it first started to emerge and especially now when we have access to all of these globally. There have been so many iconic characters that have become embedded in our own various pop culture zeitgeists. Pac-Man is actually the most searched animated icon on Google while Hello Kitty is the most searched character. And of course, anime has brought out some memorable characters over the past few decades.

Now you’ll be able to bring 14 of the most iconic Japanese characters in all their AR glory on your phone and then into your space. The 14 characters you can search for are the following:

Similar with other Google Search 3D/AR things, search for any of these characters on your mobile app and scroll until you find the “View in 3D” section. You can rotate or zoom on the character to see it up close. Scroll down until you see the card that says you can put the character in your space. It will have some sound effects and some will even “talk” in Japanese and English. You can take photos and videos and share them on your social media.

Google will probably bring more 3D and AR stuff to Search and its mobile app soon. You will of course need an ARCore-enabled device to see the AR stuff on your mobile phone.