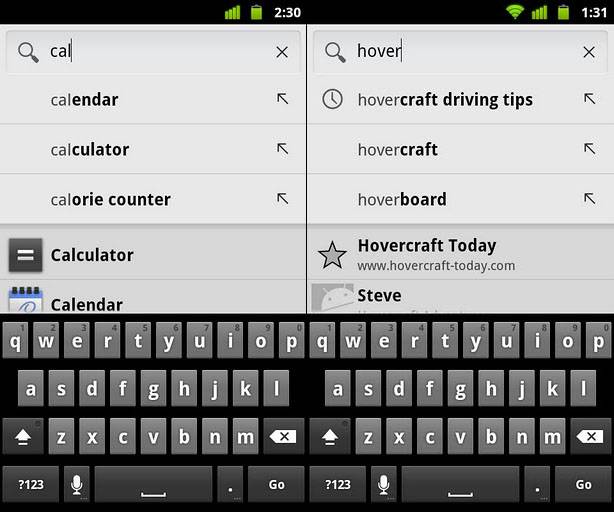 Naturally, the release of Android 4.0 Ice Cream Sandwich spurred Google to update most of its Android Market apps in sympathy. Last week they included the standard Search app, which has been available as a separate Market download for some time. The update brings features found in the ICS app on the Galaxy Nexus (though not exclusive to Ice Cream Sandwich) to all phones and tablets running Android 2.2 or greater, assuming they can access the Market.

Included in the update are general user interface and speed tweaks which should make for a faster and more stable experience for most users, especially those on older hardware. The interface has been altered slightly to bring it into line with Google’s outlined parameters to Ice Cream Sandwich, as well as grouping instant search results into relevant sections – web suggestions, bookmarks and contacts in the universal search now “stick” to one another for easier list browsing.

At least one major privacy feature has found its way into the new app: you can quickly clear individual search items by long-pressing them, just like pressing the “backspace” button in some desktop web browsers. The app is available in the Android Market now, though depending upon your auto-update settings you may have already downloaded it without realizing. No major issues with the update have been reported, so get to downloading.