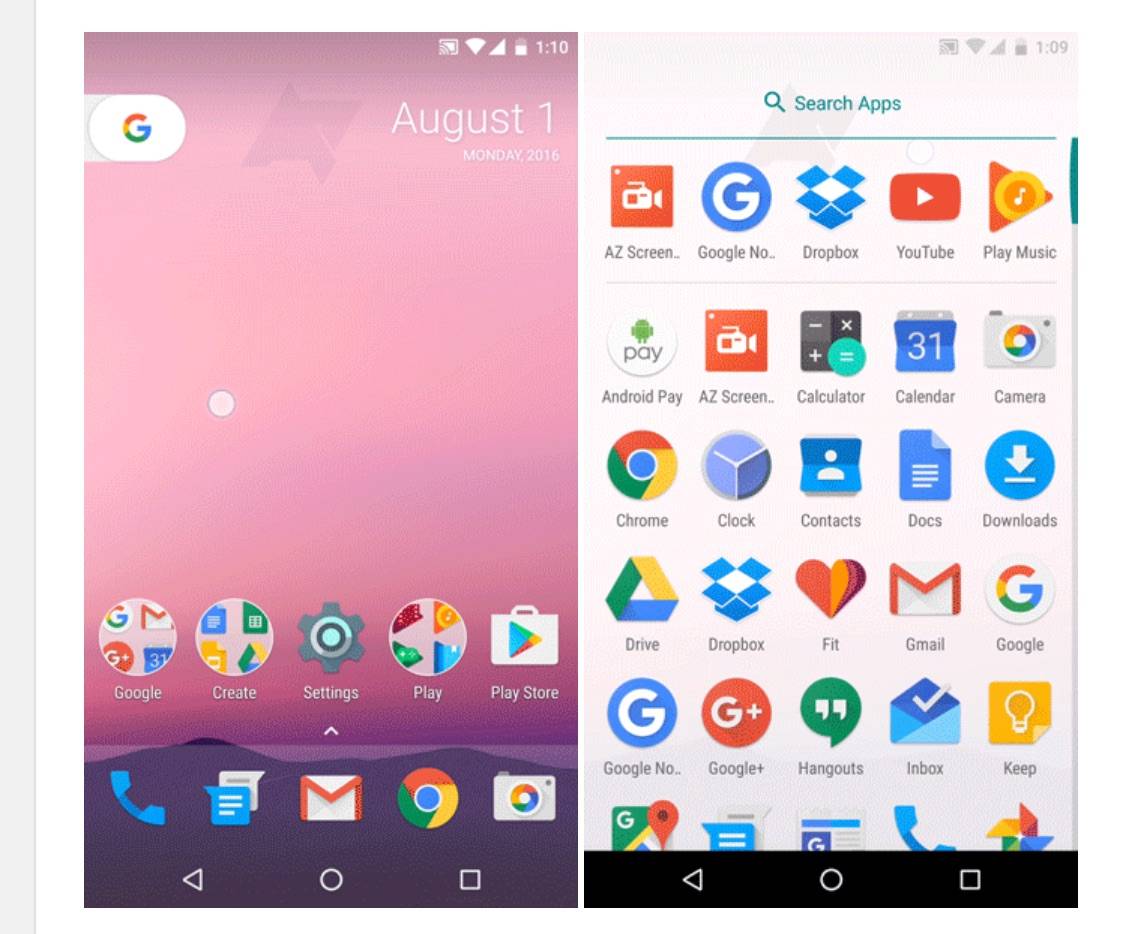 We still don’t have a clear idea if the new Google devices that will be launched later this year, codenamed Marlin and Sailfish, will actually be called Nexus. But what we’ve now discovered, if these leaks are to be believed, is that there will be a new “Nexus Launcher” that will be part of these new smartphones. The design and UI may of course still not be final, but Android Police has given this leak a 9 out of 10 confidence level.

This rumor is actually supported by hard evidence in the form of animated GIFs. But again, the warning is that this may still not be the final design as Google is notorious for changing things even up to days or weeks before the product launch. But based on these GIFs, we see that the app drawer icon will undergo a major change, in the sense that it is now to be found in a “frosted glass” section of your home screen. You can either slide it up or tap the arrow to have access to this drawer and then swipe down or press the back button to slide it down. The drawer also has a slightly large search bar at the top but otherwise looks the same as the current one.

The Google search widget which we’ve become used to on Nexus (and Android) devices is now gone. What you will see is a calendar widget on the right and a G pull-tab. However, when you pull it, it’s not doing anything yet. But if you tap it, it will bring out a search on the version of the launcher. Obviously, it’s still an unfinished part, but it will probably have a Google Assistant functionality.

The static icons at the bottom of the screen will now be numbered five instead of the previous four. The pane switch animation will not have the dots which we’ve gotten used to, but rather a horizontally-scrolling line. It’s interesting to know these new things even if they may not yet be final. It will be a few more months until we find out more about the Nexus (or whatever they will call it) and consequently, if this improved launcher is actually true.