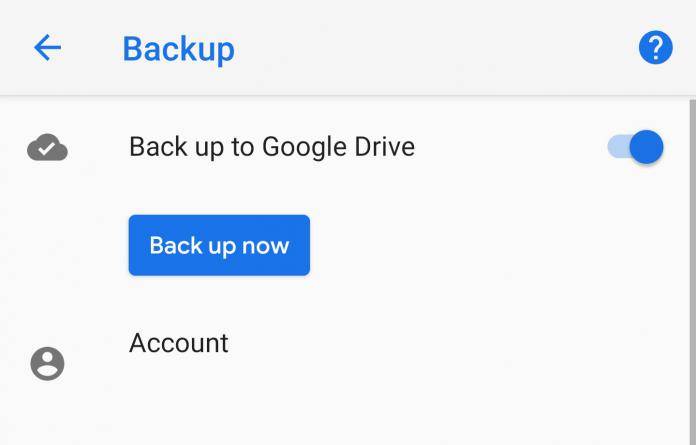 While Android devices have had the ability to backup their info and content to Google Drive, what was missing previously was a way to manually trigger it. A few months before, the tech giant said that they would eventually bring this kind of backup to a future Android version. We expected it to roll out in Android 9.1 or even the next major update, but it seems like Google has surprised us by quietly rolling it out to several devices.

Some users have reported seeing a “Back Up Now” button in the Backup settings of various devices. It can be something as “new” as the Pixel 2 or even older devices like the Droid Turbo which is still running on Android Marshmallow. So it looks like this new feature isn’t software update-related and is something that Google is pushing through Google Play Services.

Previously, you had to be charging and connected to WiFi in order to trigger a device backup to Google Drive. However, there are times when you had to do an immediate backup for some reason, but you couldn’t do it manually. Well, actually, it was possible but you could only do it though a command prompt using Android’s ADB tool. But if you didn’t know how to do that or if you had a broken USB port or something, you couldn’t.

If you have received a Google Play Services update recently, you will probably see the Back up now button appearing in your settings. Of course for it to work you will have to sign in with your Google Drive account and you need to have enough space to back up your whole device.

If you can’t see it yet, there is no way to manually trigger the update. You’ll just have to wait until Google rolls it out to you and hope that you won’t need a manual backup before then.