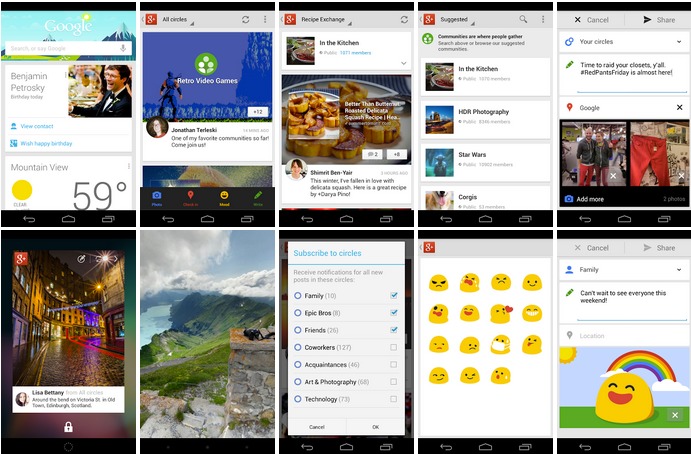 The Google crew has been rather busy this holiday season, and they are wrapping things up with a nice update to Google+. The update adds all kinds of slick features to its Android application and it definitely a nice little holiday present from the Google+ team. The update is scheduled to hit Google Play later today, and as of this writing, it is still showing the app as last updated on November 14.

The first feature added is on the go profile editing, which should help users keep their profile information current no matter where they are. Google+ also made it easier to author content on the Android application. There is also subtle notices when there’s new stuff to read if you like to stay in the loop at all times. Google+ also added the ability to subscribe to notifications from your favorite circles. To go along with the new Google+ Communities, you can now interact with them via your phone or tablet.

Google has also made some awesome improvements to its photo section of the app. Google now offers full-size backups of your photos (up to 5GB free), standard-size backups (unlimited free storage at 2048px). For Android 4.2 users, you can create 360-degree photo spheres from your device and share them to Google+. For Froyo-or-later user, you cannot make them, but you can still view them from other users.

Google+ has also thrown in some of what it is calling “stocking stuffers.” Users of the app will get animated GIF support and birthday reminders in Google Now. There is also a new lock screen widget for app users.