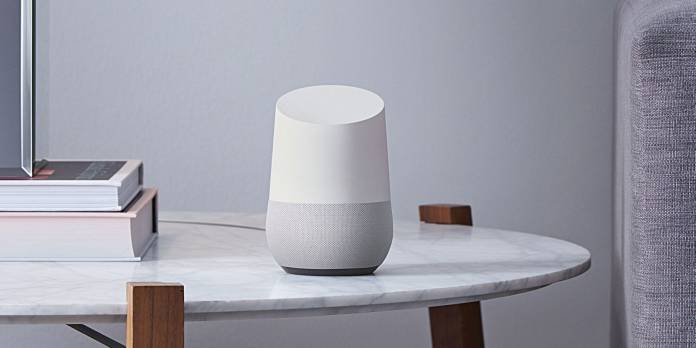 We may not see a new Pixel devices anytime soon but Google is reportedly working on bringing us a new smart speaker. It might be a Nest-branded device and might be somewhere in between the Google Home and the Google Home Max, sound-quality wise. It may also be unassuming and simple in terms of design similar to most of the Nest and Home devices we’ve gotten over the years. But it does come with a pretty interesting code name: “Prince”.

The folks at 9 to 5 Google have received this scoop about a speaker that is codenamed after the late great musical icon Prince. No reason has been given though as to why this is, but maybe some of the people working on this device really just love Prince. In any case, the smart speaker will not have a display and will reportedly be similar to the Sonos One. And of course, Google Assistant will be front and center.

The speaker will be improving on the Google Home so you will probably get larger speaker drivers but it will not be as good sound-wise as the Google Home Max with its two woofers and two tweeters. Software-wise, nothing new or extraordinary is expected of it, aside from the usual Google Assistant capabilities that we’ve gotten used to already. We will most likely also get stereo speaker pairing if that’s of interest to you.

The fact that this will most likely be Nest-branded is just a continuation of the evolution of Google smart speakers ever since they acquired Nest a few years back. Google has of course not commented on this story yet so it will be weeks or even months before we can get confirmation if “prince” will really be a reality and when this will actually happen, given that production and release of products have been affected by the pandemic.

Google is expected to release several more hardware in the next few months of 2020. This includes a more affordable Pixel 4a smartphone, a Pixel 5 device that will hopefully not be so expensive, a new Android TV dongle that will also be Nest-branded, and maybe even a new generation of Pixel Buds. So a “prince” smart speaker is not so improbable.