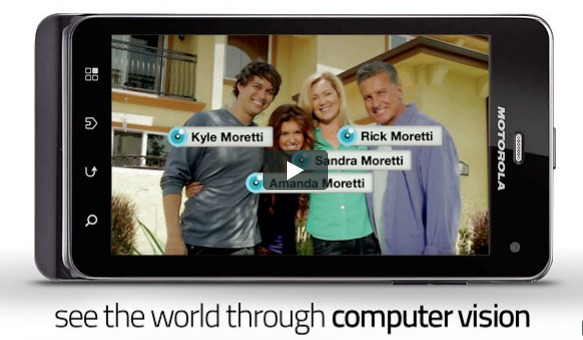 Google is apparently close to inking yet another deal to buy up the popular Augmented reality and facial recognition company Viewdle. Google’s been on a roll as of late, but this is a pretty unique acquisition given the possibilities. Viewdle is a Ukrainian company that specializes in AR and facial recognition technology and software that automatically tags faces in photos.

Obviously the first thing that comes to mind here is improved facial recognition for Android, as well as Google+ but lets not forget about Google Glass. The folks from Mountain View have been putting a lot of cash and effort behind their social network site Google+, and this could really broaden the possibilities on all fronts, even though Google+ already has facial recognition in some form. Augmented Reality hasn’t really taken off as much as we’d expected, but the fact that Viewdle specializes in that too also has us thinking Google’s Project Glass.

The deal is close to being final stated sources close to the situation, according to CNET. The deal has been in the works for quite some time, over a year, and should be closing and become final later this week. Viewdle could make tagging friends and family in photos for Google+, Android contacts, and even Picasa extremely easy — if not completely automatic should you choose.

Apparently this deal has been in the works with Motorola, and now that Google owns them too they’ll be seeing this through. So technically all the excitement about this being added into Android and even Project Glass could be premature — it’s interesting to think of the possibilities. With Google’s Glass being such a futuristic product, having true AR and facial recognition would be sweet. We’ll be hearing more soon but sources are claiming the deal is costing Google an upwards of $30-45 million.