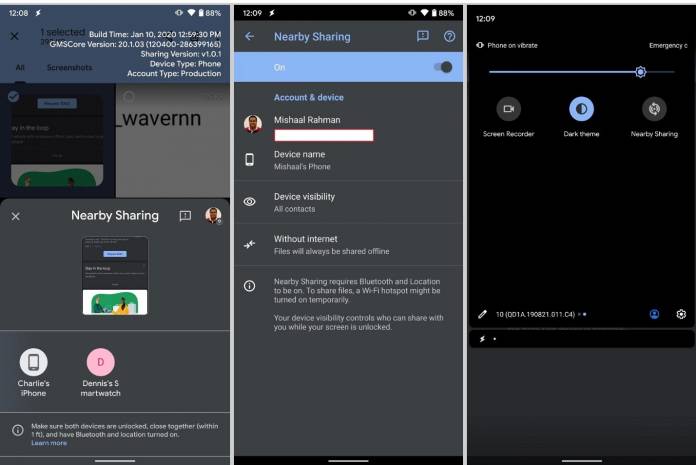 When Google eventually discontinued their NFC-based file sharing feature Android Beam, people were hoping that they would come with a better way to share files between devices. Most were hoping for something similar to Apple’s highly convenient AirDrop file sharing solution. Eventually, we got hints that they were indeed working on something called Fast Share but until now there was still no official announcement. It looks like they have now renamed it to Nearby Sharing and hopefully, that means we’ll get the feature really soon.

The folks at XDA Developers saw in an APK teardown back in June 2019 that Google was working on something called Fast Share and that it was a much better thing than Android Beam which was a bit slow and laggy. Then around September 2019, we saw that it got a revamp in the Share Sheet and got a new position in the Settings menu. A couple of months ago, they also saw that there were some UI changes and a new icon and so we hoped that an announcement would be coming soon.

Well, no official word has come from Google just yet, but an interesting thing has been spotted. Fast Share has now been renamed to Nearby Sharing. While there doesn’t seem to be any changes to it aside from its name, there are also hints that the devices will have to be placed within 1 foot of each other so it can share whatever files need to be transferred from one device to another.

Other than that, the sharing protocol seems to still be the same. Bluetooth connection is needed to initiate a digital handshake but the file transfer happens over a direct Wi-Fi connection. This means that the transfer of larger files is faster compared to how it was with Android Beam. We have no idea right now how fast that will be but obviously it will depend on the device’s internet connection as well.

There is still no news as to when Google will officially announce and then relaunch this file-sharing solution. Hopefully, because of the name change, that will be sooner rather than later.