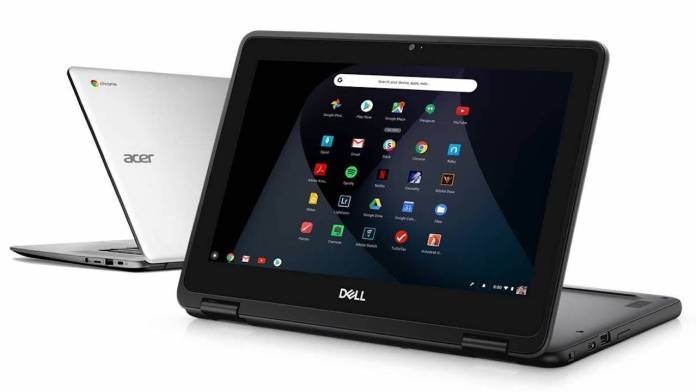 Google is bent on pushing out a better Android app experience on large screen devices – which are according to its report increasing in popularity – in 2022. To that accord, a blog on Chrome OS development website notes that 50 percent more people are using Android apps on Chromebooks year over year and that Google has rolled out many improvements for developers to create better Chromebook-compatible Android apps in 2021, and will continue the evolution into the next year.

Google executives Fahd Imtiaz and Sanj Nathwani, in the post, mention that it’s the company’s “top priority” to find ways to deliver a better app experience to users on Chromebooks, foldable phones, and tablets. To assist developers build apps that provide a refined – smartphone-like – app experience on these large screen devices, Google shared many tips (especially to Chrome OS) to help create games and make use of styluses more seamless.

In 2021, Google released Android 12, and many smartphones started adopting the new operating system. The Chromebooks were, in line, upgraded to Android 11 to ensure better app rendering, scaling, and resizing for the large screen. With support for Android 11, Chrome OS was improved for file sharing, which is now a “lot faster” courtesy of Android’s Nearby Share.

Facilitating the developers further, Chromebooks running Chrome OS 93 or upwards, the post notes, can automatically run Android apps made for smartphones when the device is in “phone or tablet orientations.” Depending on the preference, users can disable the feature.

There are a few other developer-centric features rolled out this year such as Unity game engine, Jetpack Compose 1.0, and UI toolkit to allow the developers to create and facilitate experience on Chromebook. These are aligned with Google’s continuous attempt to streamline publishing on x86 and x86_64 based Chrome OS devices.