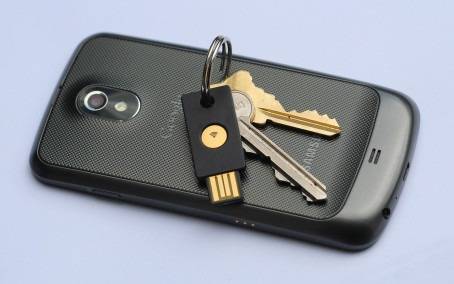 It looks like the future of passwords are at stake. Some new details have surfaced that Google will soon replace the way we use passwords to authenticate ourselves on computers, Gmail, mobile devices and more in favor of something more secure. What could that be? NFC. Imagine tapping an NFC ring on your finger to your laptop or smartphone to sign in. Interesting right?

Multiple reports have surfaced that Google’s own engineers are currently working on several alternatives to the password as we know it today. Surely many of you have resorted to changing Facebook passwords, deleting old email accounts that were sending spam, and tons of other situations. Google feels the password isn’t secure enough for today’s internet and they want to fix it.

Apparently Google Vice President of Security Eric Grosse and Engineer Mayank Upadhyay have a few news bits in an upcoming security magazine detailing a few of their future plans, so we’ll know more soon. Many feel that passwords are the past and new ways will emerge in the coming month and years.

“Along with many in the industry, we feel passwords and simple bearer tokens such as cookies are no longer sufficient to keep users safe” — Eric Grosse and Mayank Upadhyay

They even go as far as to talk about smartphones being the NFC enabled security device. Using a smartphone with Android and NFC or a NFC smart-card enabled ring on your finger to sign in to Gmail or authorize a computer to use. Now obviously if you lose your smartphone someone could have the keys to your digital life, but this is just an idea at the start of something bigger. The Googlers don’t think passwords will disappear, they’ll just be a second level of protection and have a less significant hole on security in the future. Or before you use a password on a new device you’ll have to sign in with NFC first — like a new computer for example. That way someone somewhere won’t be able to sign in to your accounts.

Pretty interesting concept but surely we’ll need to hear and learn more soon. Everything from NFC smartphones, rings, keychains and more all have the potential to be our next-level layer of password protection. More details can be found from the via below. Who thinks smartphones or NFC rings on our hands could ever replace passwords? While they aren’t secure, they certainly are more convenient than getting up to find your keys or smartphone to tap on a laptop or computer.