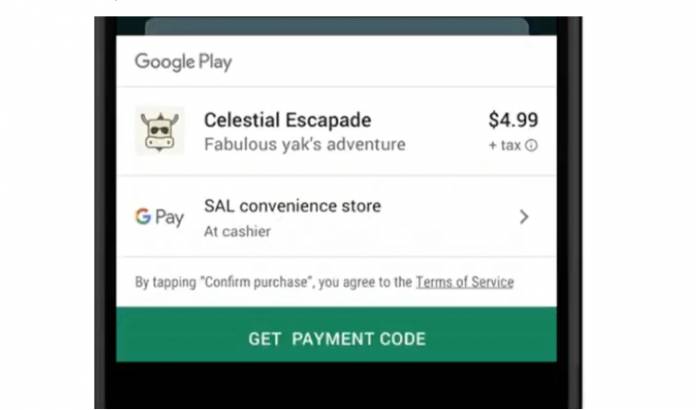 Not everyone who wants to buy apps or make in-app purchases has a credit card that they can use to make the purchases. This is especially true in emerging countries where credit card ownership isn’t that high. That’s why Google keeps adding other payment options like carrier billing, eWallet support, etc. The latest one that will be available soon is something called “pending transaction” and this means you can pay for your Google Play Store app charges with cash.

Because Google wants to be at par with Apple’s App Store when it comes to revenue earned, it makes sense that they will give their users all the possible options just to be able to make them buy stuff on the Google Play Store. Carrier billing was an option that a lot of users appreciated and they have made partnerships with over 170 carriers around the world. But not everyone can also use that option and so this latest one makes it even easier to buy the app or the in-app purchases that you (want) need.

From a post from Tech Crunch, when you choose the “Get Payment Code” option when trying to buy an app or making an in-app purchase, you will get the code that you can show to a cashier when paying for it using cash at a nearby store. After your transaction, you will get the app or in-app thing you purchased with an email for record keeping of your proof of payment. Sometimes though, it will take up to 48 hours for you to get what you paid for, as shown in the fine print.

If in case you later change your mind and you want a refund, unfortunately, you can’t get your cash back. Unlike with credit cards where the charges can be reversed, here you will only get Play Store credit that you can use later on to buy other apps or in-app purchases.

The new Google Play Billing Library version 2.0, which is now available in early access, has another new thing called “Subscribe & Install” which lets you have a free trial subscription when you install an app. Check every once in a while in your Google Play Store in case the Get Payment Code will be available in your country already.