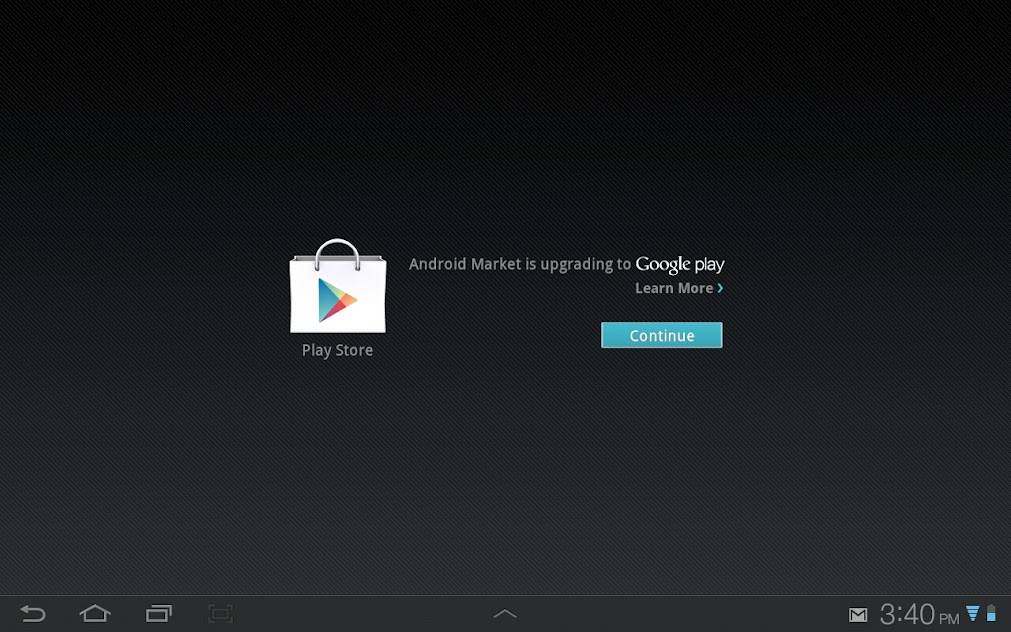 This came flying out of an orange-colored sky: the android Market is no more. Say hello to Google Play, the new hub for all of Google’s hosted media, including Android apps, music, movies, books, and whatever else they’d like to throw in there. The application is rolling out to Android phones and tablets now, and if you don’t have it already, you’ll probably be getting it in the next day or so. As far as we can tell, it’s a worldwide change: you can see the new web interface by going to market.android.com.

Of course, you wouldn’t be reading this site if you weren’t interested in the newest and coolest stuff. This being the case, we tracked down an early version of the new Google Play vending APK, handily updated by the denizens of XDA. Click here to download the APK file. You shouldn’t need root to apply the update – just install it via the standard non-market method.

The new “market” API is version You can see the new interface on our Galaxy Tab 7.7 above. As a centralized hub for all of Google’s content, “Play” makes sense, and aside from the name you shouldn’t have too much to get used to. Affected apps are getting a refresh too, like Google Music, now rechristened “Google Play Music”. Of course, all this raises questions about the much-ballyhooed Nexus tablet, also rumored to be called “Google Play”….