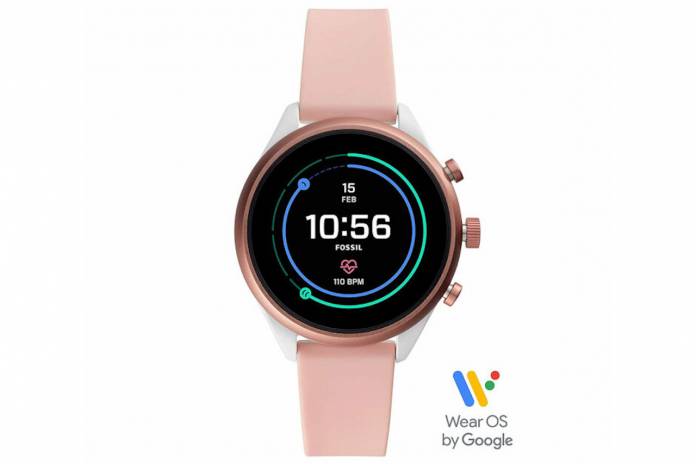 If you own a smartwatch running on Wear OS, you might want to check the Play Store on your device as you might be pleasantly surprised that it looks different now. Well, that is, if the latest update to the Wear OS has already rolled out to your wearable. Unfortunately, it just makes your app downloading process a bit faster and easier but it will not make your actual device run faster or better. But hey, a redesign, especially one for the better, is always welcome.

A Reddit user named farmerbb posted that they noticed the new layout of the Play Store on his Fossil Sport. It may still be in the A/B testing phase but at least we know that a change is coming. Some of the new things worth noting is that the “Apps on your phone” tab is now at the top of the screen, probably to help you remember which ones you already have at least on your phone. The actual apps are in another sub-menu called “Apps on your watch”. They’re both a sub-menu under My Apps

The drawer at the top has now been removed and everything that was previously there can now be found at the bottom of the main Play Store page. The layout and overall design is much cleaner now and the icons also look better. There aren’t that many major changes to see hear, but as we mentioned earlier, anything that will make it easier to navigate on the limited real estate on your smartwatch is always for the better.

As to whether this is still in the testing stage, there isn’t any official announcement from Google yet. But several Wear OS devices are already getting this new look including the aforementioned Fossil Sport, as well as the TicWatch Pro 4G, Misfit Vapor 2, Fossil Sport, etc. If you have a smartwatch running on this platform, check out if you have any update or if your Play Store looks any different.

As with all things that have not been announced by Google officially, things might change or sometimes not even come out. But if you do get the update, let us know if it makes for easier navigation on the Play Store.