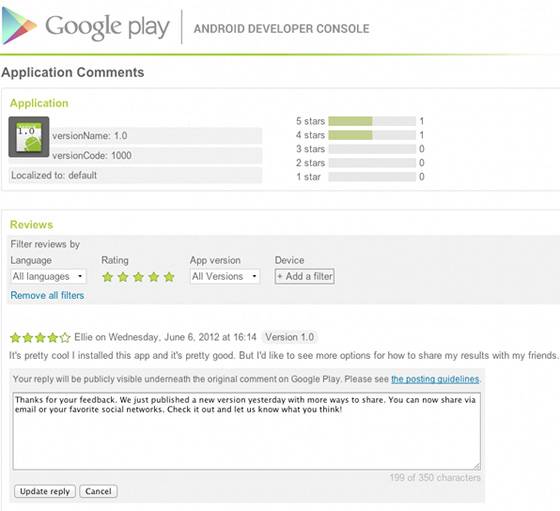 Today we have some great news from Google to share with both developers and users in general. Google has now decided to let developers reply directly to users comments and reviews in the Google Play Store. So when that app is amazing and you say so, they can thank you — or answer complaints. Previously Play Store reviews were a one-way conversation, but not anymore.

Google has implemented this into the developer console today for special hand-picked devs, and if you’re one you’ll have a “Top Developer Badge” letting you know. This has “added the ability for developers to respond to reviews from the Google Play Android Developer Console. Developers can gather additional information, provide guidance, and — perhaps most importantly — let users know when their feature requests have been implemented.” 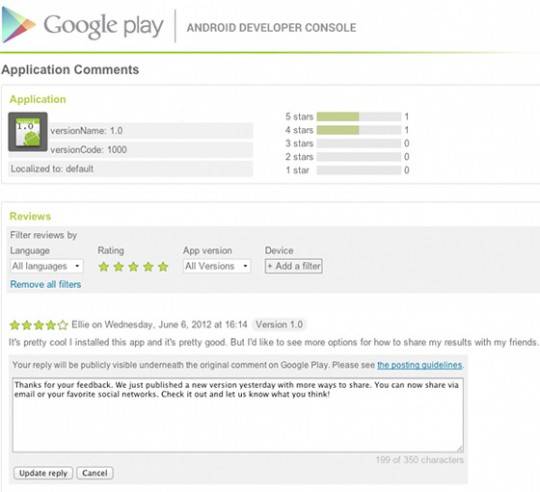 This one-way conversation has been frustrating for users for a long time trying to get support for games and apps, although Google’s always had links to head to developer sites or email them directly — this just makes it more personal. Another good part here is when a developer replies to a user, he’ll be notified via email and will know when he’s received help, new features requests, and more as they mention above. Hopefully this doesn’t get out of hand because we’ve all seen those worthless comments from people mad about things that are out of the developers hands, so this could become a bit of a yelling match.

I’m extremely glad to see this finally becoming a part of Android and the Play Store. Google concluded by saying the system will be offered to a wider group of developers “in the future.”