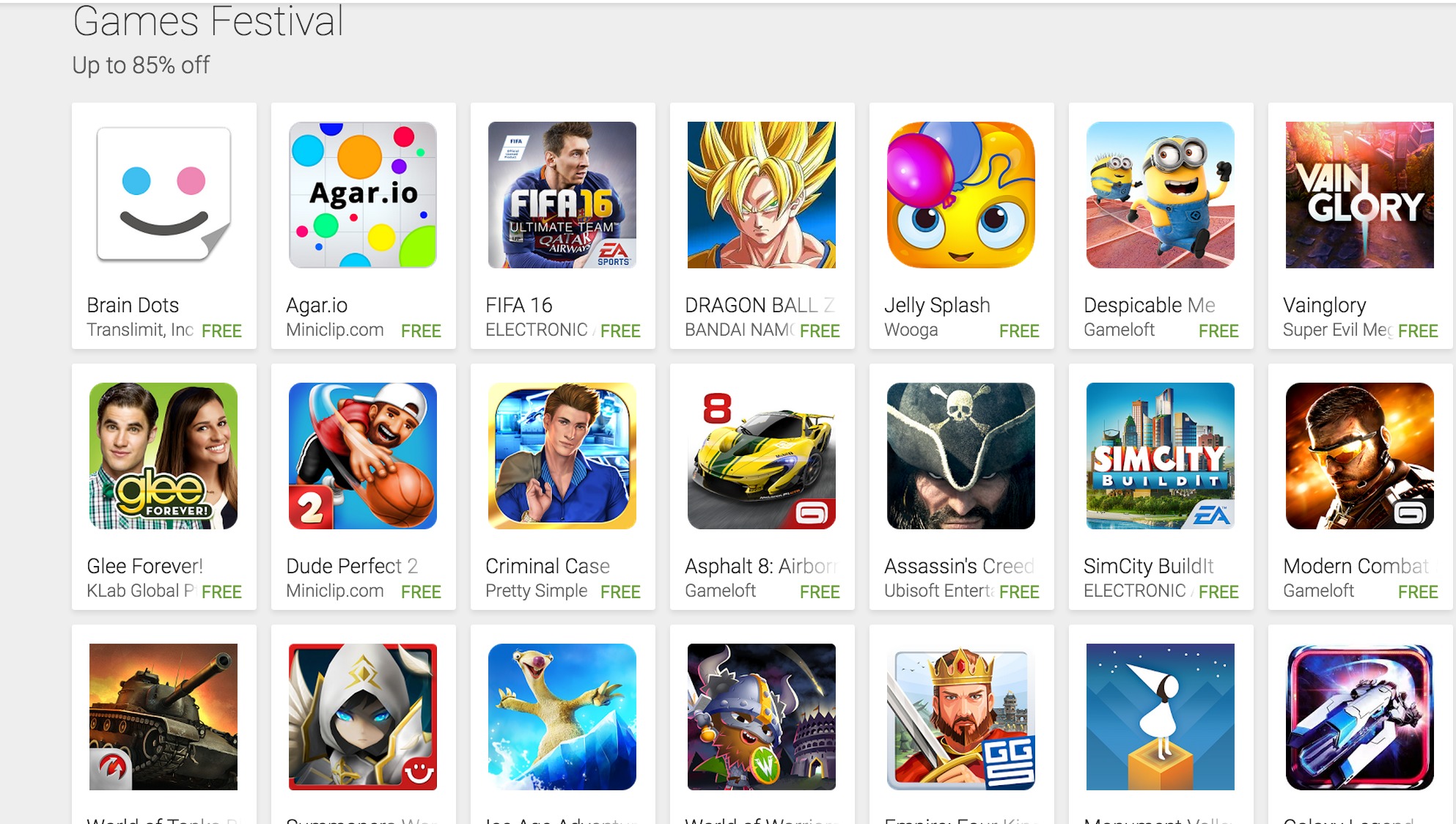 If you’re a mobile gamer that’s always on the lookout for free or highly discounted games to play on your smartphone or tablet, then brace yourself, free up some space on your device and head on over to the Google Play Store as the Games Festival is in full swing until October 14. Get t o enjoy 31 games, a mix of the old and the new, that are up to 85% off, both on the actual game price and in-app purchases as well.

There’s a little something for everyone in the game section for the Games Festival, which actually started last October 1 and will run up to October 14. If you’re into TV-movie-YouTube tie-ins, you have Despicable Me, Glee Forever (apparently not because the show is now cancelled), and Dude Perfect 2 (those crazy guys from YouTube gaming channels), all with discounted in-app purchases. Football fans will go crazy over the recently released FIFA 16 as now you can get those added IAPs you’ve always wanted.

Some critically-acclaimed minimalist games are also included in the game, like the award-winning Monument Valley, the creepy but interesting Limbo, and the frustratingly difficult Hook. There are a lot of other familiar names in the game collection on sale, like Dragon Ball Z, Sim City Build It, Clash of Kings, Summoners War, Assassins Creed, and so much more.

While a lot of these games are free to download and play, it is in the in-app purchases where users sometimes have regretfully gone crazy over, and so having them go on sale is a great thing. Check out all the participating games in the Games Festival page.