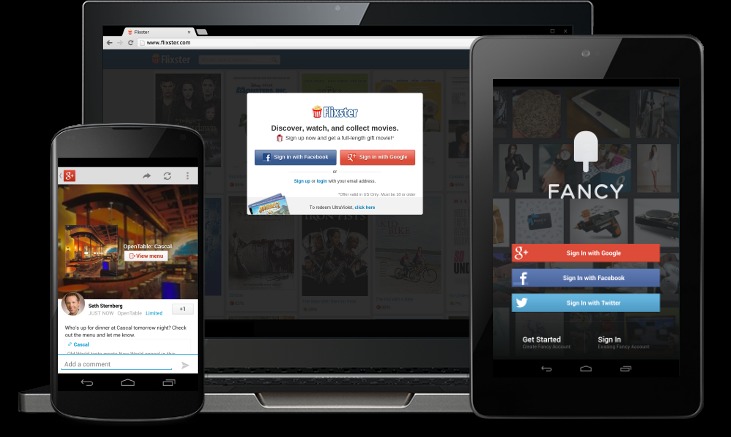 Google has recently announced the v3.0 release of the Google Play Services. And while some of this may be more developer oriented, these changes and new features will filter down towards the end user. In fact, some of these new features sound like they will make things a bit easier and more convenient for the end user. Just to begin with, Google Play Services v3.0 brings Google+ Sign-In and over-the-air app downloads from a website.

Aside from simply being able to sign in with your account, Google+ Sign-In will bring perks to include having your account profile automatically filled with information from your existing Google+ account. This account information can include not only your personal details, but also tie in with other stuff such as current friends and circles. Otherwise, some of the other aspects that will come as a result are said to include more interactive posts, increased app activity and Google+ analytics (for app developers). Of course, the main point for the end user here is being able to sign in with, and use your Google+ account profiles.

The other interesting aspect for the end user will come in with the over-the-air app downloads. This will first need to be set up by the developer, however it would mean an easier start up process for the user. Google uses Fitbit (among others) to describe this and you can get a good idea of this from the video below. Putting it simply though, you buy a Fitbit and naturally head to the Fitbit website to create an account and get the process started. The next step would be to grab your Android device and head to the Play Store to download and install the Fitbit app. Well, with the over-the-air app downloads the developer can have the app sent to your device during the account creation process.

In addition to the Google+ Sign-In, the Google Play Services v3.0 update also brought an updated Google Maps Android API. This brings the API up to version 2 and Google notes that it includes fixes for “more than 20 bugs, including half of the top 10 issues filed in the Google Maps API issue tracker.” Of these 20 fixes, some include improvements to map rendering as well as the behavior of markers and info windows.