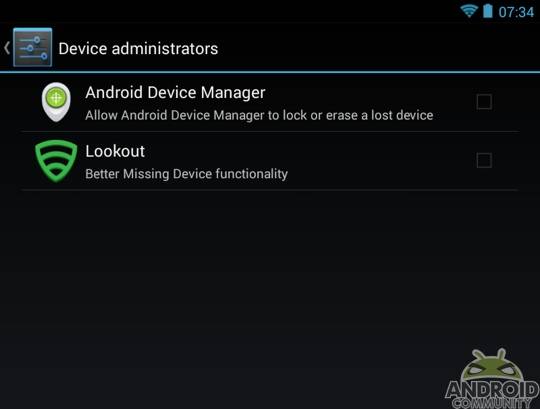 Google has just started to roll out an update for its Google Play Services that, while surely bringing in some improvements or bug fixes, exhibits a rather strange and somewhat worrying behavior. For a yet unknown reason, the update disables the Android Device Manager without informing the user at all.

As updates for various Google Play Services and apps happen silently, there is no immediate or direct way for users to know that something has changed or will change until after the fact, and sometimes, like in this case, in not so obvious ways. While this app does have an entry in Google Play Store, it does not mention anything that would lead users to believe that an important setting has been changed. In fact, the changelog is pretty much outdated, listing only the modifications for version 3.2 of the app.

With the 4.0.30 and 4.0.31 updates, the Android Device Manager, as well as the option remotely lock and wipe devices, becomes unchecked, regardless of the feature’s state before the update. Fixing it, of course, is quite simple. Just re-enable the feature again. You could also first check if your Google Play Services app has already been updated to the mentioned versions. If not, be sure to be on the look out when it does so that you can enable Android Device Manager again.

Considering how crucial the Android Device Manager is in giving users some amount of peace of mind when their device has become lost, silently changing such settings, without explicitly informing the user, at least via a notification, is a bit objectionable. Hopefully, Google is now aware of the situation and would take steps to go about this properly for future updates.