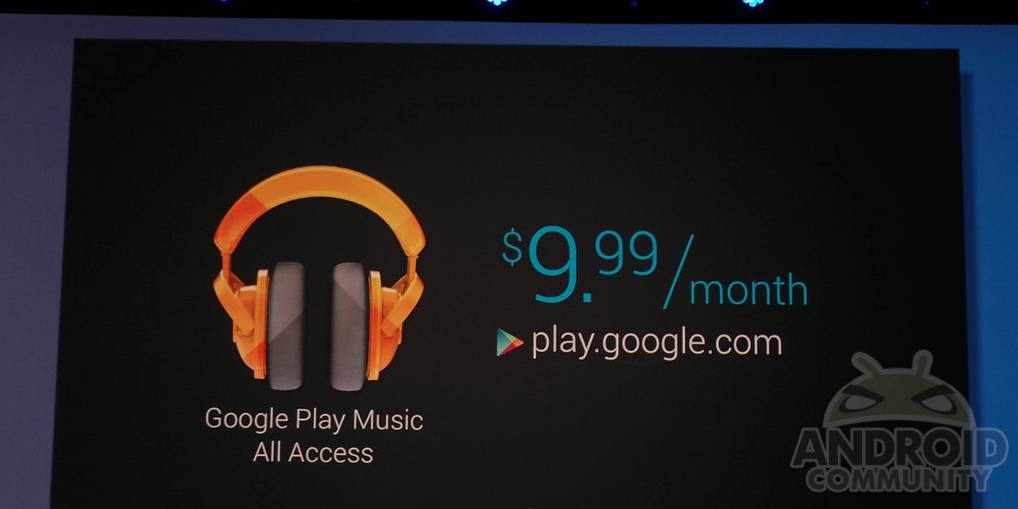 Live here at Google I/O we have just learned a few details regarding Play Music. We have heard a few reports and rumors over the past few weeks and months, but today it’s official. Google will be taking on Spotify and other music streaming services head on. It’s called Google Play Music All Access, and here’s what we know.

So far we didn’t see any major design changes from Google regarding Play Music, but it does appear to have changed. It’s behind the scenes that will be different. Google Music will give you all the content you want to buy from the Play Store, all your own music, then you can stream anything and everything you’d like. Play Music gets full streaming. 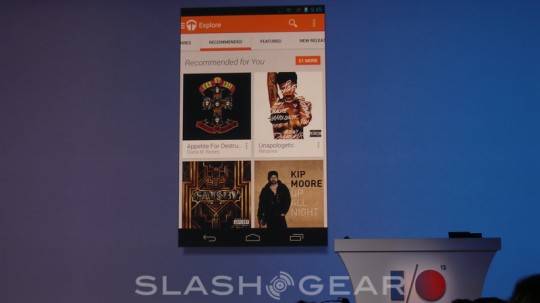 Many were hoping that this would be a free option, but even Google doesn’t have the power to do that. Music industry wants and needs their money, you know. However, Google Play will offer quite the array of content and more will be added as soon as possible. The same thumbs up and down options for creating and curating your own channel will be available, just like the competition. We’ll learn full details later in our hands on.

When can you get it? Starting today Google Play Music All Access will be available in the US for $9.99 as well as a free 30-day trial. If you sign up in the next month however, you’ll get a early tester price of $7.99 per month. Check for updates guys as this should be appearing any moment now on your devices. Who’s excited about that price?