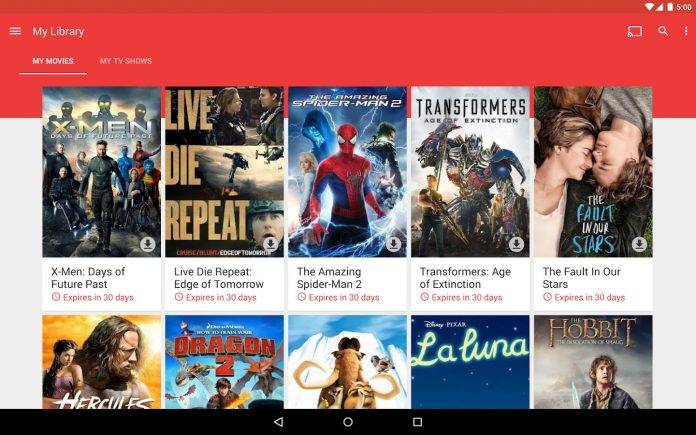 Google says their Play Movies & TV is the “most broadly available digital seller” when it comes to videos in the market today. And now they’re seeking to expand their reach even more as new technologies enter the fray, including 4K Ultra HD viewing, support for virtual reality and smart TV devices. They’re currently available in 117 countries, giving their users even more options as they watch their favorite movies or TV shows in whichever platform they have or prefer (if they have more than one).

There aren’t that many devices yet that support 4K movies, but if you do have them, specifically the Sony Bravia Android TV or the Xiaomi Mi Box 3 or the recently released Chromecast Ultra. And coincidentally (not really), if you bought a new Chromecast Ultra, then you’ll get one free 4K movie. You will be able to choose from selected titles, which includes the reboot of Ghostbusters and the Tom Hank movie Captain Phillips. However this will only be initially available in the US and Canada.

Yes, they are still trying to make Virtual Reality happen and to some extent, the platform has had an impact on the ordinary consumers. Google Play Movies & TV in the Daydream VR platform first became available a few months ago and now you can watch from among their 10,000 catalog titles that can be watched on the VR headset. You can make yourself believe you’re actually sitting in your very own virtual cinema.

Lastly, you’ll be able to watch your stored Google Play Movies & TV on any of the new 2016 models of the Samsung Smart TV. All the videos that are already in your library, plus all the new ones that you can add while browsing, will be available through the TV app.