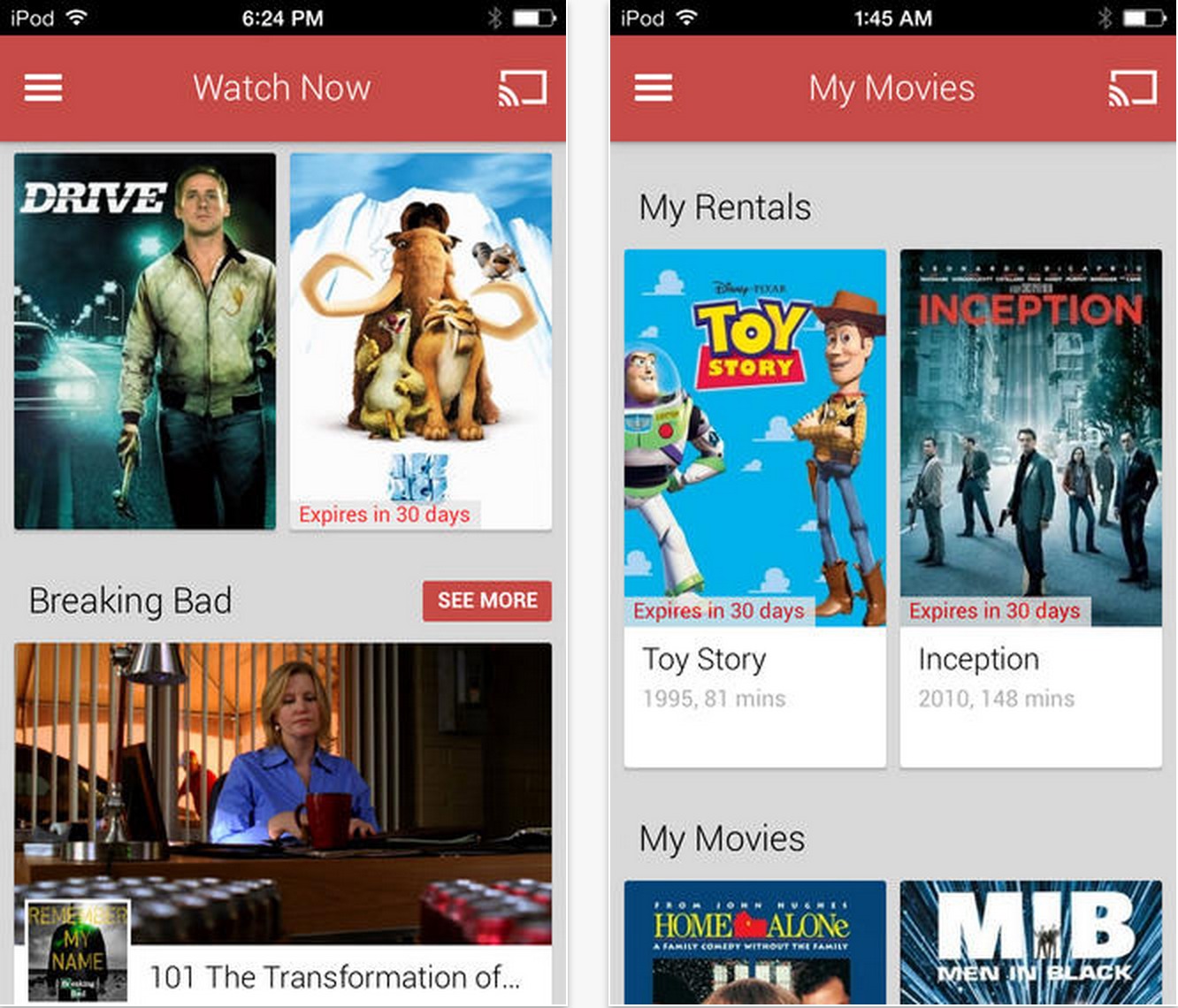 While Play Music and Movies pale in comparison to media content from others, specifically Apple’s own ecosystem, it offers up a compelling reason to make it an option for iOS users. With the new app comes Chromecast suppport. Like third party apps on iOS, Play Music and Movies offers the ability to stream to a Google product.

Google has long maintained they are concerned more with services than operating systems, and this move — maybe more than any other — highlights that. The app itself is pretty much like the Android version, so those who use both operating systems will see little difference between the two. Of course, as mentioned, you can Chromecast with this one.

Aside from Netflix and HBO GO, we’re unaware of another Chromecast app for iOS. This could be the first media rental/purchase service which allows Chromecasting on iOS, so groundbreaking in its own right for that. The app is available for download now, bringing the mobile world that much closer together.
VIA: Google