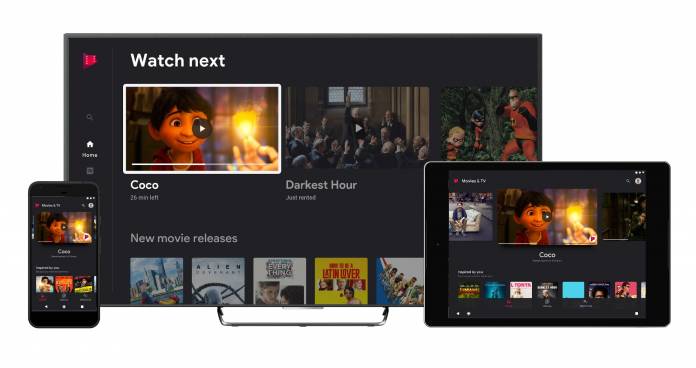 While Google brings a lot of updates to its favorite first-party apps, there are still some that have been left behind for one reason or another. One such app is the Google Play Movies & TV app for Android TV. It has not received a design overhaul since it launched back in 2014. But now we may finally see a redesign for it really soon as some screenshots of its new look have been seen and it looks like it will be aligned with the Android app.

Android TV Guide on Twitter shared some screenshots of the possible UI overhaul of Google Play Movies & TV. They said these are just renders and look a bit too much like YouTube so it may not be the final design yet. Still, based on these renders, it’s already a massive improvement on the current one which has been unchanged since 2014 and has failed to adapt to Google’s newer UI and design sensibilities.

It seems @GooglePlay Movies & TV for #AndroidTV is finally getting a major UI overhaul. It does look a bit like YouTube in those renders from last year, so it may not be the final design. Hopefully it's launching soon. pic.twitter.com/9tX4hywUHF

What’s pretty obvious from the screenshots is the dark theme but it’s not clear if that will be the default or it’s just an option for users. You can also see a sidebar that has icons for Search, Home, TV, and two other unidentified sections. Based on the icons, it may be filter and library. The settings icon is at the bottom and everything seems to match Google’s design features on other apps.

The design also seems to match what we’re seeing on the Google Play Movies & TV Android app as well as the revamped app that they launched on Roku last year. Other than that, we can’t see any other details based on the renders. Hopefully we get more clearer screenshots later on especially if they will initially roll it out for beta or targeted users.

We don’t have any news yet when Android TV owners will see this or even if it will be coming at all. But given that we haven’t seen much movement yet on the Android TV app for almost 6 years now, we better get an update soon.