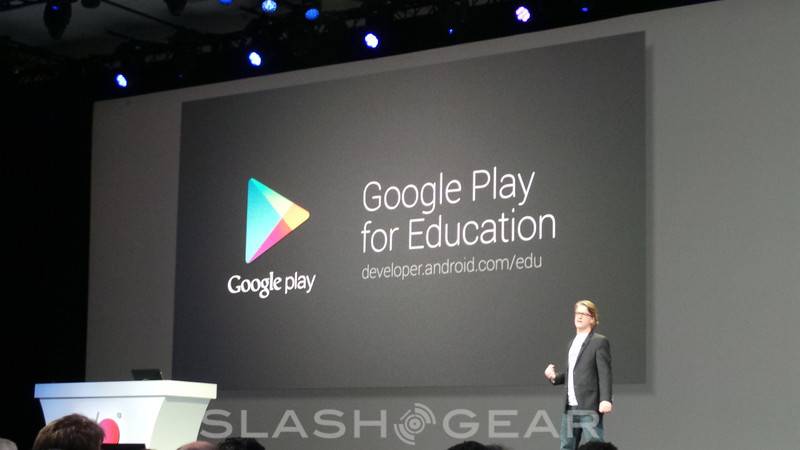 Google has announced Google Play for Education, which is said to have been “built from the ground up to meet the unique needs of educators.” Basically, this sounds like Google is making an effort to bring more technology into the classrooms. The keynote mentioned that teachers feel there is a gap between what is possible in technology and what is practical.

Of course, that brings us back to the having been built from the ground up comment. The Google Play for Education setup will be broken down based on the needs of the particular teacher and as a result, the particular age and grade level. And all apps will have been recommended by other teachers.

The Google Play for Eduction setup also ties in with the over-the-air app installs. In this case, teachers that are logged in using Google+ will be able to push apps to the devices in the kids hands. Not only will this help to ease the pain of installation, but it should keep the kids focused on the app being installed — as opposed to the many more also available. 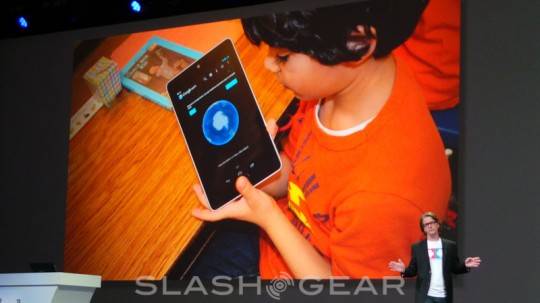 Those teachers using this will find a mix of free and paid apps and paid apps will be billed to a central school account. Anyway, Google will be launching the Google Play for Education program in the fall and developer submissions are currently being accepted.

There is also a trial underway with six schools in New Jersey. Google noted those six schools used more than 500 apps in a single day. Considering that is for just a relatively small number of schools, that number will likely be huge when rolled out to any and all schools that want to participate.