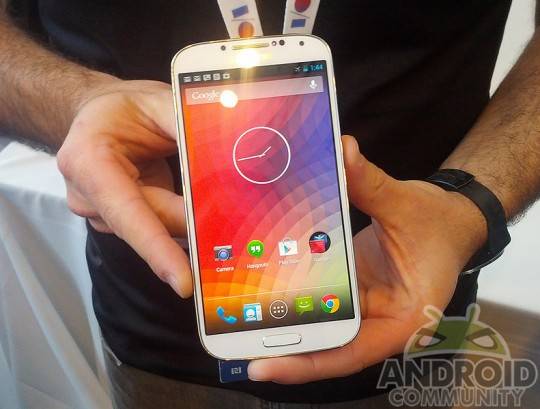 In case you weren’t aware of the news, today Samsung and HTC both launched their respective flagship top-tier smartphones on the Google Play Store running stock Android. Originally called Google Edition phones, now the Play Store has them listed as “Google Play editions” and we’re learning they might not get the update treatment we all thought.

So far the details aren’t completely known, but it’s being reported by multiple outlets that have the devices in hand that Google won’t be in charge of updates. We all originally thought these would receive the “Nexus treatment” and be first to the latest and greatest versions of Android, but that could be wrong.

According to AnandTech these devices are “nearly Nexus” phones yet still will be handled by the manufacturer themselves, not Google. This means we won’t be receiving pure Android from AOSP like we originally thought. They’ll be vanilla Android, but still have Samsung or HTC kernels, as well as little tweaks to the camera app, or beats audio integration. 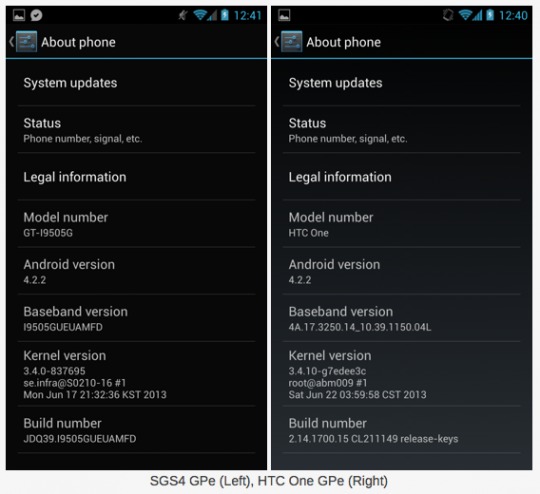 However, Google will provide the stock Android updates, then Samsung and HTC get to tweak and perfect the kernel. After all, they do know their hardware best. This in theory could provide a pretty stellar experience for these phones, while still giving us quick updates. They might be a few weeks behind Nexus devices in terms of updates. But we won’t have custom UI skins or carrier testing to make these updates take months and months.

When Samsung has 50-60+ million Galaxy S4 sales, but not nearly as many GS 4 Google Edition sales, which will get updated first? It’s a question we can’t answer yet, and we’ll have to wait and see.

Update: We’re getting some conflicting reports here. HTC’s own site evens says right on it “The Google Edition HTC One will run Android 4.2.2 with subsequent software updates “provided by Google“. Stay tuned as we look for more details.