A small screenshot turned up showing a new search bar from someone’s e-mail that has text reading that “All conversations have been moved to the trash. Because one or more are part of a Babel chat, these messages is still available in other Babel chat applications.” There are a few more details of Babel to share. Some links previously called this service Babbel. 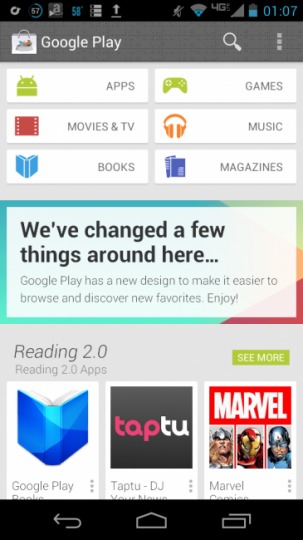 Along with the leaked Babel chat screenshot also comes screenshot of Google Play 4.0. No details offered along with the single Google Late screenshot you see above. If you look closely, you will notice that the little shopping bag beside the Google Play logo has a picture of a dog bowl with bone hinting that is app was only meant to be seen by employees, commonly known as the dogfooding.