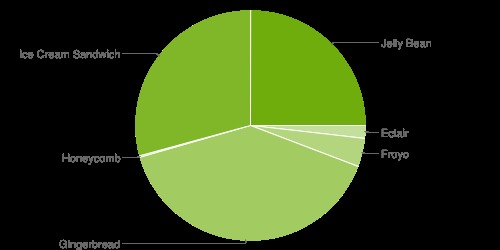 Google has updated its Platform Versions page on its developer site showing the most recent information collected from the Google Play Store in the last 14 days. There is a change in the latest platform update numbers that is worth pointing out. Google says that starting in April of 2013, the charts are now built using data collected from each device when the user visits the Google Play Store.

In the past, data was collected with the device checked into Google servers. Google says that the change more accurately reflects users that are most engaged in the Android ecosystem. The latest numbers show that Gingerbread is still the most popular flavor of Android on the market with 39.7% of the market overall.