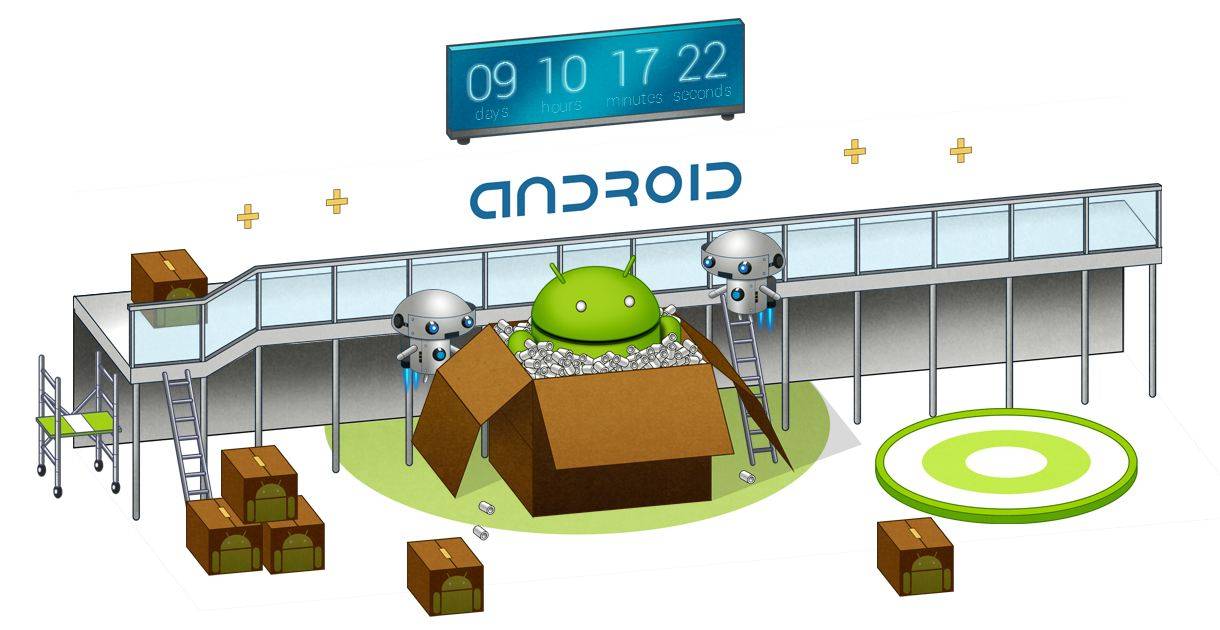 It’s that time of year again: the wind blows cold, cheeks grow rosy, and couples grow close to conserve warmth… and share their love of brand new phones and tablets. Mobile World Congress 2012 is just nine days and (for yours truly at least) several thousand miles away. Google doesn’t intend to let its hardware partners have all the fun: once again it’ll be in attendance with a massive Android-themed booth for the Barcelona conference. The company will likely use the space to show off the latest and greatest in hardware, a few Ice Cream Sandwich features, and probably some new devices as well, once they’re announced at their various press conferences.

As usual when it comes to Android, Google hasn’t left anything half done. To announce their presence at MWC they’ve posted a full page notice an the Android developers website. The animated scene shows a pair of robots unpacking an Android (capital “A”) for the show. Who knows what they’ll have on hand – certainly not us. You’ll have to tune in to Android community in a couple of weeks to find out!

If you happen to be going to the show, waltz on over to Hall 8 and follow the stream of green logos to booth 8C25. By all accounts Google goes all out for the show, so even if you’re not an Android guy or gal, it should be entertaining. MWC starts on February 27th and runs through March 1st. We’l be well in attendance, so say hi if you should see the AC logo on a bag or shirt.