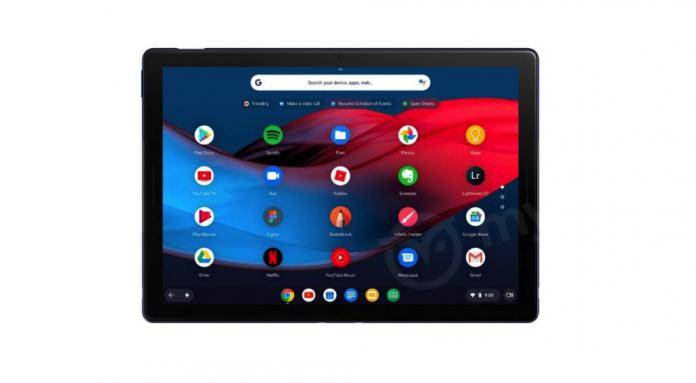 Apart from the Pixel 3 and Pixel 3 XL, the tech giant is believed to be launching a new Pixelbook. There will be no Pixel Watch but a new hybrid will be introduced as an image was sighted on a YouTube TV ad. We’ve been looking forward to that Pixelbook refresh as we’ve been anticipating since July. The new tablet could be called the Google Pixel Slate. It’s also known as the next Chrome OS tablet with stereo speakers, stylus, and a detachable keyboard.

October 9 is D-Day for Google where it will reveal the new Pixel 3 and Pixel 3 XL, Google Pixel Slate, and maybe a new Google Home Hub or a new Chromecast. A new set of images popped up online, giving us a glimpse of what could be unveiled tomorrow.

The Google Pixel Slate is said to be powered by Chrome OS so that makes it the first Chrome OS tablet. It will even come with a stylus plus a detachable keyboard so you know it’s also good for work and school and not just entertainment and gaming.

Google’s Pixel Slate will feature a new UI design and software–different from an Android tablet. Initially codenamed as ‘Nocturne’, the Pixel Slate will directly rival other hybrid laptops and the Surface lineup from Microsoft.

The pictured model here is set in blue and boasts a touchscreen with a possible aspect. Aspect ratio is 3:2. We see front and rear cameras, built-in fingerprint reader, USB Type-C port, and again, those front-facing stereo speakers. The slate will also include a Google Assistant key, foldable cover, icon dock, ARM or Intel mobile processor.