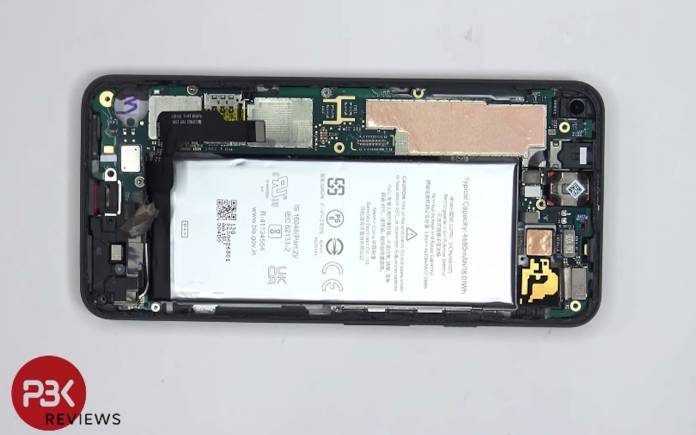 Google’s latest Pixel phone offering is the Pixel 5a. It was officially announced last year with mid-range specs. it comes with a large 6.34-inch OLED display, Full HD+ resolution, 128GB onboard storage, 6GB of RAM, Dual SIM support, USB-C, Qualcomm Snapdragon 765G processor, stereo speakers, 4680mAh battery, 3.5mm audio hack, and USB-C. The phone was announced with a sustainable case. Early reviews tell us the Pixel 5a camera overheating while recording video at 4K 60fps. Soon after its launch, the Google Pixel 4a 5G and Pixel 5 were discontinued.

The new Pixel 5a mid-range is similar to older models in many ways. It’s more affordable but we don’t think Google scrimped on the components. We believe the phone is well-built and may withstand a long time. A teardown video tells us the phone is actually slightly difficult to open.

If you can’t easily open a phone, it could mean it’s also not as easily repairable. To remove the display, you may need to apply some more heat. If you plan on removing the rear panel, be careful because you may be lifting the hidden display cable’s connector. Be careful of the direction when you need to lift the screen.

There aren’t much screws on the Pixel 5a. There are three pull tabs for the batteries so you can easily pull. When all else fails, you can always use alcohol to dissolve the glue.

PBKreviews said the phone is not that repairable. It’s only 5 out of 10. It seems Google needs to take note of a lot of suggestions and learn.