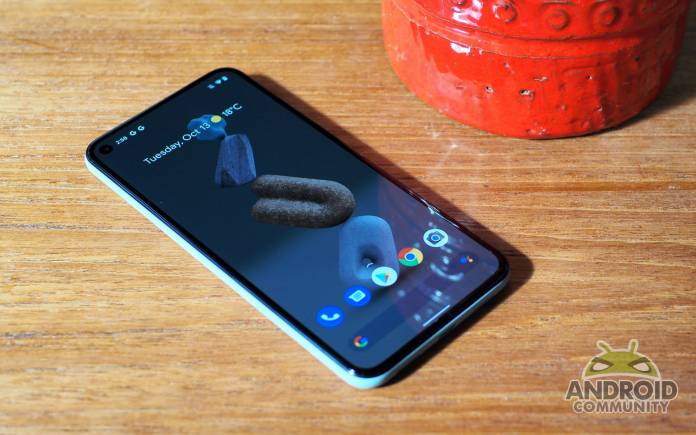 I typically like to start a review focusing on the positives and then get into the things that can be improved in the device. Today for a change, let’s look at the cons (only a handful) that the Google Pixel 5 has so that we can focus on the pros in-depth. Starting off with the lack of a headphone jack, the most annoying part about the phone is that other phones come with better support for fast charging. This aside, you will also notice the phone is also without an optical telephoto.

Given that it’s very aggressively priced, you would expect the Google Pixel 5 to be a standard phone, however, it comes packed with all the latest Google features and runs smoothly on Android 11. We will be getting into the details regarding the excellent camera performance, but for the moment you must know that the battery is powerful enough to hold a full day of use.

Extraordinary times call for extraordinary measures and that is what Google has done to get our attention. The Pixel 5 breaks away from the shortcomings of the Pixel 4 and has ensured that this time around you will be more willing to shell out the dough. In comparison the flagships from Samsung and others look a lot more promising than the Pixel 5, however, they just can’t match the pricing of the Google device – which is half of what a Galaxy S20 Ultra costs – $699. 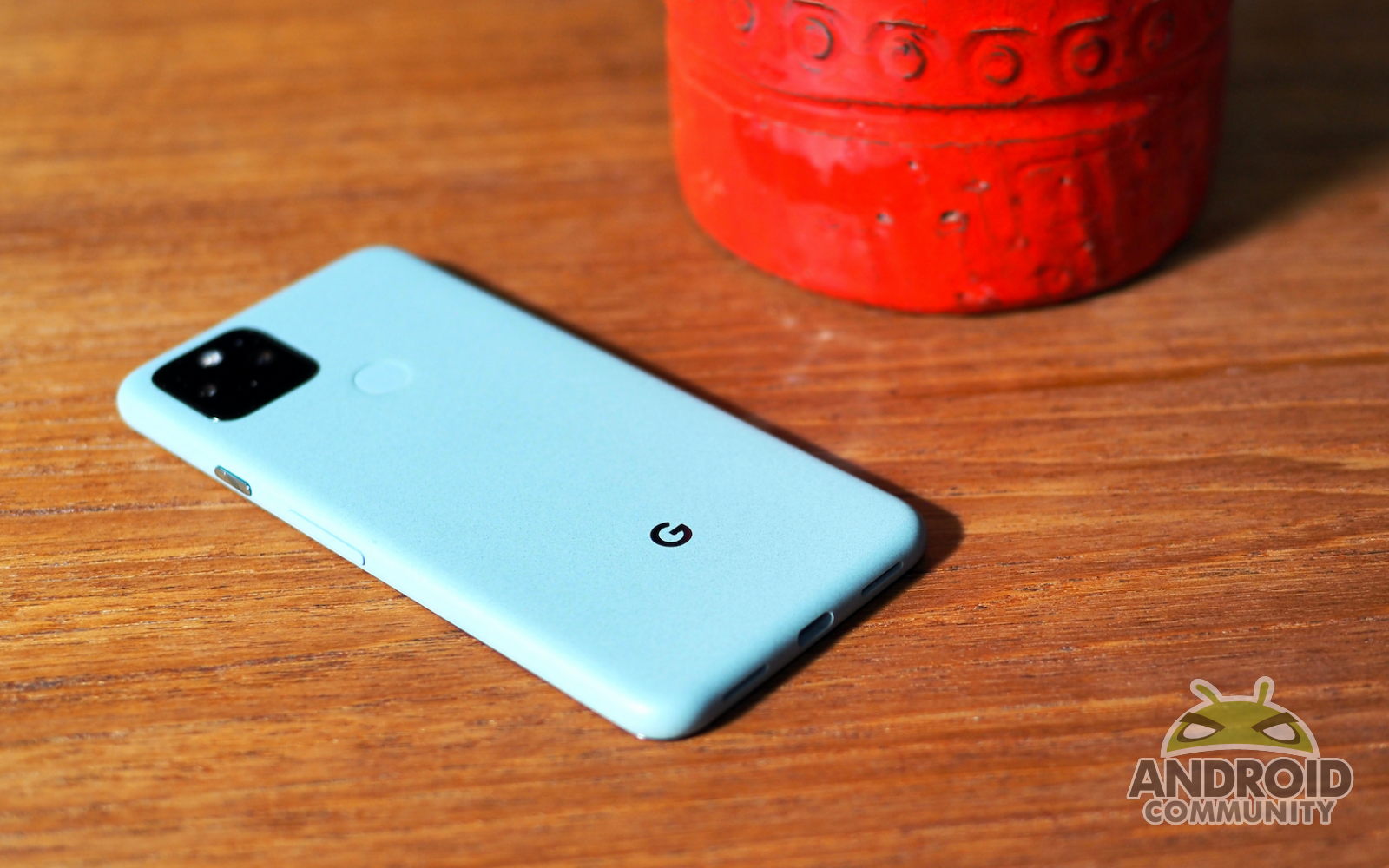 I must appreciate the fact that Google is walking the talk this time, by displaying great thought into its actions. For example, they have fitted the device with a Snapdragon 765G over an 8xx-series chipset. With this action, Google is betting on its ‘Android efficiencies’, and the result is that you get 8GB of RAM. Like the Pixel 4a 5G, the new device comes with 128GB of storage. The only hitch is that the memory is not expandable, so you will have to depend on the cloud for more space. Promising a minimum of three years of OS and security updates, Google Pixel 5 comes with Android 11 out of the box.

Crafted from aluminum with a bio-resin coating, the phone feels a bit plastic in your hands. The good news is that it’s not so bad to touch. In terms of color choices, we have “Just Black and “Sorta Sage”, as the review unit in hand is the latter color, I’m naturally inclined towards it. You tend to miss the glass-and-metal feel, but it’s not a dealbreaker for sure.

If you have observed sage as a plant, you will notice it to be a little pale green in some lightings, and kinda stony gray in others. And this is exactly what the review unit exudes in different lighting setups. Naturally, the color compliments the chromed power button, but I’m curious to know how the other color feels and fits into my hands.

The design team has placed the SIM tray to the left side, however, it’s good to know that Pixel 5 supports eSIM too. It also integrates Dual SIM Dual Standby (DSDS) but do note that should you turn DSDS on you will lose 5G support. Sadly, the 3.5mm headphone jack is out, and the only support system is the USB-C port. To make matters worse, Google ditches the adapter and the headphones from the box. You will only find an 18W power adapter and cable tagging along.

Unlike Pixel 4’s Soli chipset, the Pixel 5 adopts a fingerprint reader in a slight dimple at the back of the phone. The fingerprint reader is sensitive enough to deal with off-angle or partial taps and unlocks in a jiffy. Featuring a 6.0-inch OLED display, the phone has 1080 x 2340 resolution and 432ppi density. The phone features a 90Hz refresh rate screen with a contrast ratio that is better than the older phones.

The Pixel 5 seamlessly toggles between 60Hz and 90Hz task-depending; the graphics look smooth and scrolling is jag-free. Focusing on the upper left corner of the touchscreen, you will notice the 8-megapixel front-facing camera. The phone sports a 12.2-megapixel regular camera and a new 16-megapixel ultra-wide with a 107-degree field of view.

As you can see from the album here, the photos taken by the Pixel 5 are well-balanced, crisp, and very natural in their vibe. Over-saturation, artificial smoothing, obvious processing – the jarring stuff is missing, which is a good thing. Double pressing the power button can lead you to the camera directly and get your trigger-happy! Essentially, the camera app loads quickly, and you experience no sluggishness between back-to-back captures. 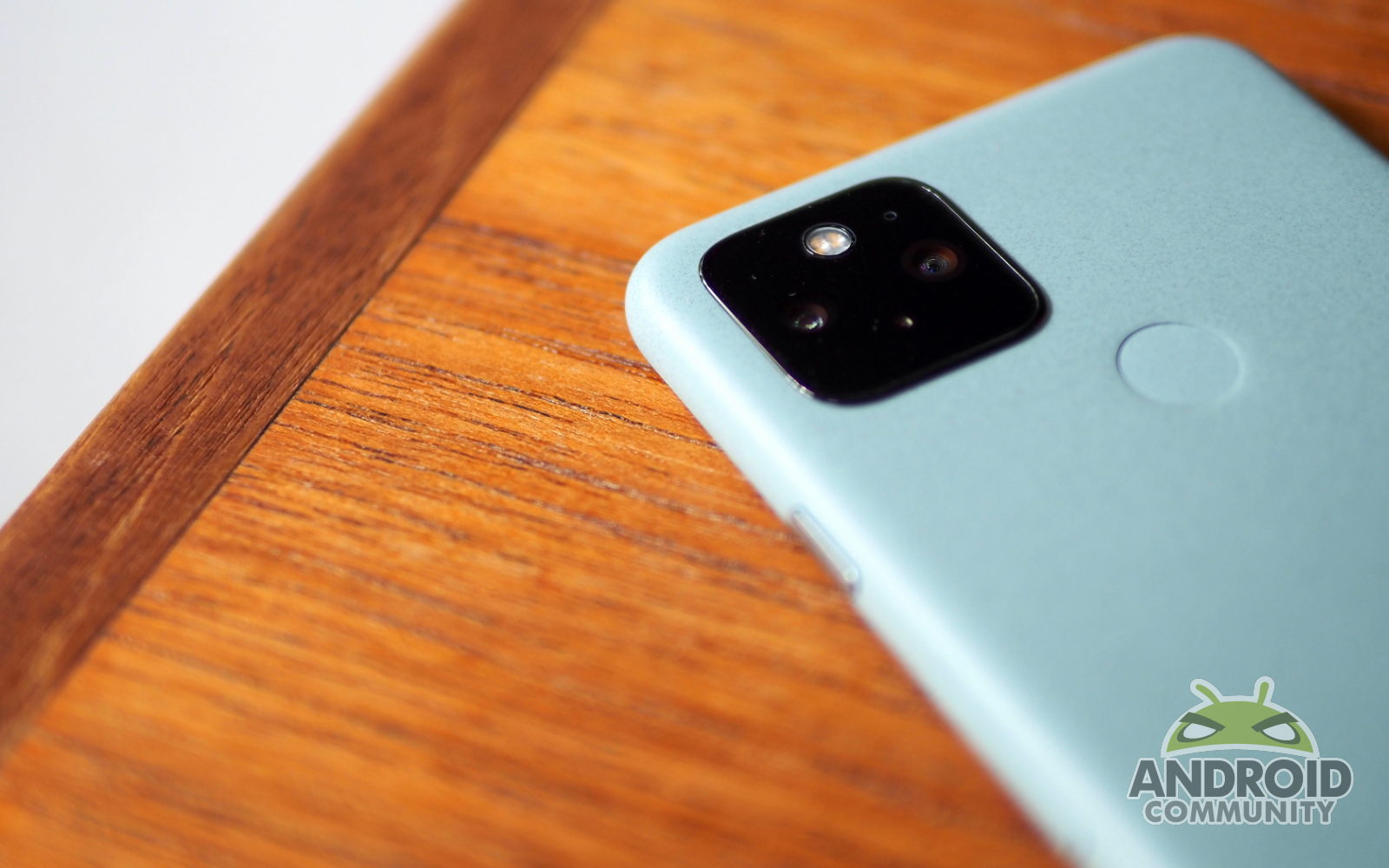 Simply pinch-zoom to flip between the sensors, alternatively drag the zoom bar that appears when you tap and hold on the icons for the 0.6x, 1x, and 2x modes. It is interesting to note that if you drag the icons up or down on those icons, you just flip between the three modes. “For a smooth zoom, you have to press, wait a moment, and then drag. For the new ultra-wide camera, Google lobs in a little machine-learning powered adjustment to make faces look less stretched-out.”

To enhance your portrait shots, Google has added Portrait Light, which imitates the effect of having a moveable light source, and of course, the background gets blurred. In short, if the image has depth data, the Pixel 5 computes how the light source you drag around will fall naturally on the facial features or glasses. This adjustment extends to any Portrait mode image backed up to your Google Photos account.

Let’s talk about the Night Sight support in Portrait Mode. Google’s low-light mode activates automatically in low-light situations and you can switch it on manually as well. This feature has been impressive for nighttime scenes. However, now you can combine that with adjustable background blur.

Features of the Video:
– The Cinematic Pan option is a subset of the image stabilization feature.
– This essentially slows down the video to half speed and then panning along the dominant axis. This helps in cropping in a little as necessary to smooth out shakes.
– You don’t capture audio at the same time.

Pixel 5 includes Android features like Hold for Me and an updated Recorder app. Hold for Me is for those moments when your call is put on hold; the Google Assistant listens on your behalf and once a human responds to the call, the Assistant notifies you to get back on the call. Google’s updated Recorder app allows you to jump between sections of the transcript easily by picking keywords.

Audio editing is made easy – crop out sections that by deleting that part of the transcript – you can even edit the text, word by word. The recorder exports text clips as video, combining both audio and the text and they need to be under 60 seconds in length.

The battery on the Pixel 5 is non-replaceable but it’s now 4,080 mAh on average and it gets you through the full day, sans any top-ups. Plus, there is Qi wireless charging support and reverse wireless charging for accessories. When you plug the Pixel 5 into its wired charger, it juices up the accessories and, at the same time, you can switch it on manually. Pixel 5 also features 5G, which gives it a very high-end-smartphone appeal. Pixel 5 includes both mmWave support and Sub-6 GHz capabilities, however, it ditches the WiFi 6. It could have helped in these WFH times, but alas it’s missing.

Interestingly, the choices for us get steamier, with Apple’s iPhone 12 mini sitting in the same price range as the Pixel 5. iPhone 12 mini supports 5G, has WiFi 6 and UWB. Other specs on the iPhone that pale the Google Pixel 5 include computational photography and the same flagship processor as the iPhone 12 Pro Max. 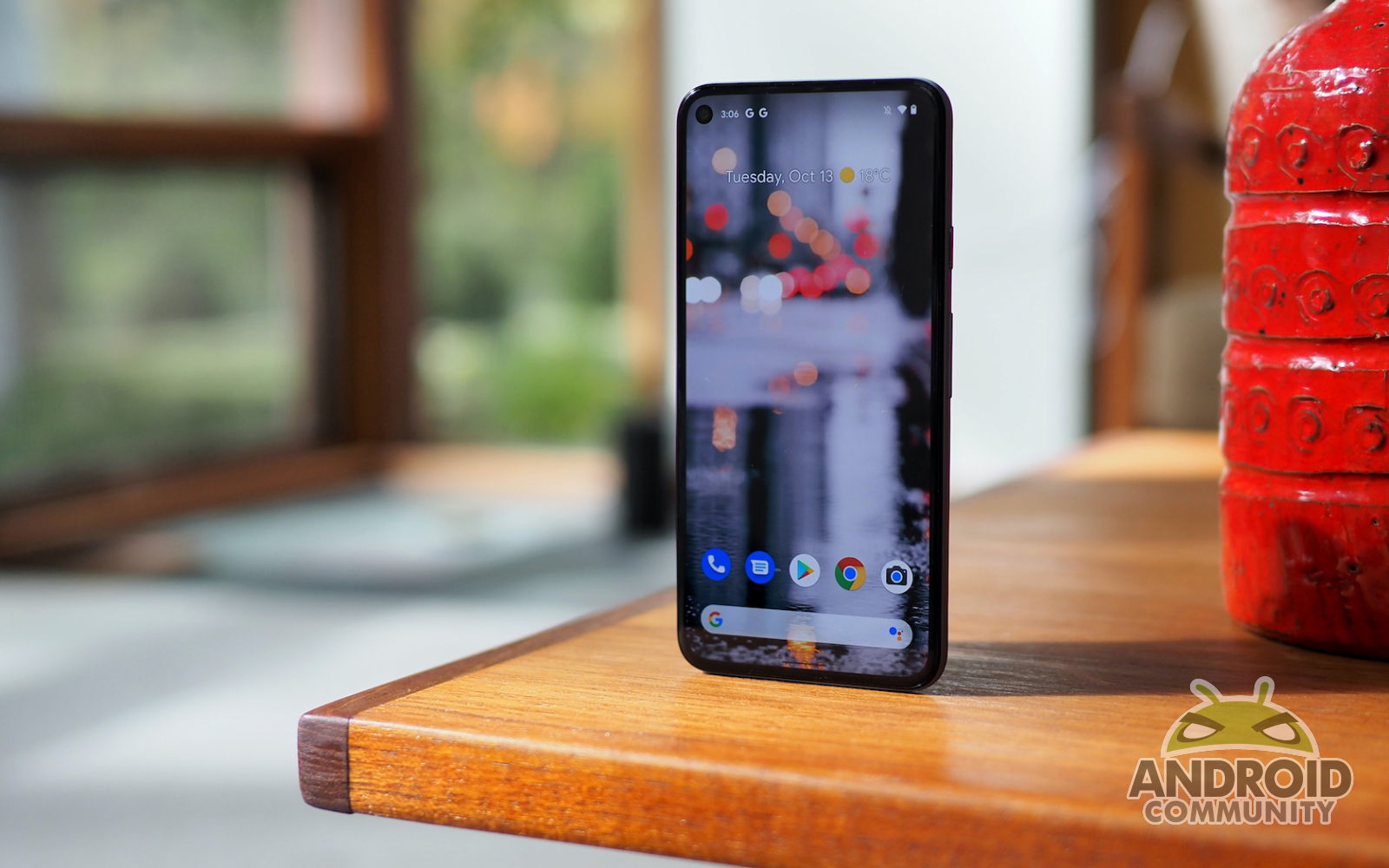 The Pixel 5 puts Google in a good position with the inclusion of undercapitalized gadgetry like Soli, and they make up for the flaws found in last year’s flagship phone. Google packs in compelling software like machine learning, computational photography, maximum performance from Android and a mid-tier chipset. At $699, the Google Pixel 5 is a good bargain.