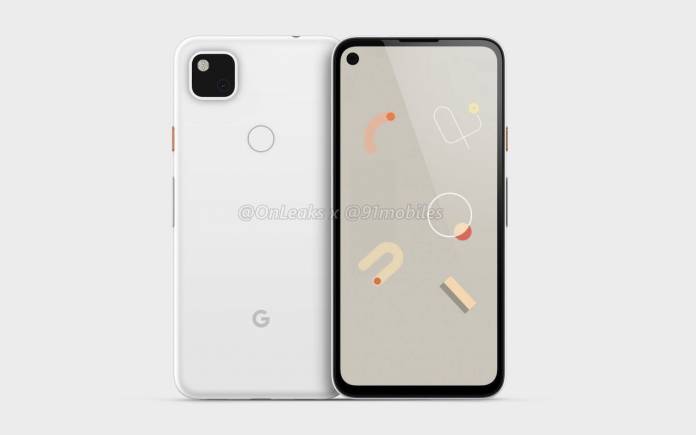 Like we always say here, it’s never too early for rumors, speculations, and leaks about the next-gen smartphone from any OEM. The Samsung Galaxy S11 and Huawei P40 are the latest favorite subjects when it comes to mobile phones. Google wants to join the craze by introducing a new Pixel variant which we are assuming will be out sometime in May. After the Pixel 4 and Pixel 4 XL, we can expect the Pixel 4a series to arrive. There may be two variants: the Pixel 4a and the Pixel 4a XL. These are considered as mid-range versions of the flagship Pixel 4.

OnLeaks and 91Mobiles have done the job early by coming up with image renders of the Pixel 4a. We’re taking things with a pinch of salt but more often than not, such renders turn out to be true or, at least, close to the final design. The Pixel 4a here shows one rear camera, rear fingerprint reader, and a 3.5mm audio jack.

The mid-range Pixel 4 shows a camera hole in the front where the selfie shooter will be placed. When it comes to the design, the flat display may measure 5.7- or 5.8-inches with a camera hole in the top left corner. There are still bezels but a bit thinner compared to the Pixel 3a.

At the back, there is the same protruding square camera module on the top-left position but with only one camera and an LED flash. We doubt the Motion Sense technology for gesture control is present. The round fingerprint sensor is there in the middle of the back panel.

Other possible feature of the Pixel 4a phone includes an orange Power button plus volume rocker on the right, USB Type-C ports, speaker grilles, 4GB to 6GB of RAM, 64GB onboard storage, Snapdragon 730 or 765 processor. The phone when may arrive in Black, White, or Purple. 5G may also be a possibility