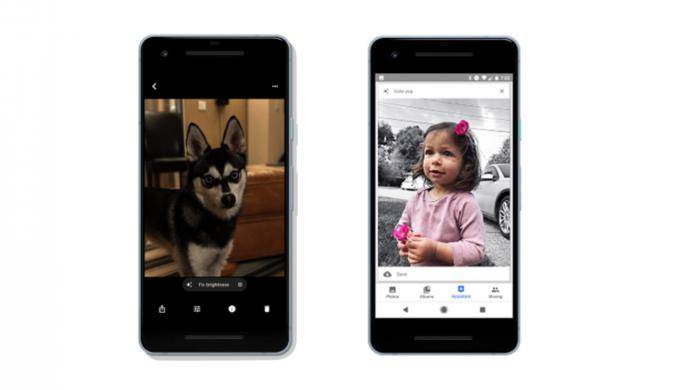 Google Photos is probably one of our most-used Google products and so any update that Google rolls out (as long as it’s not buggy or anything) is always welcome. The newest one that they’ve announced during the ongoing I/O is especially useful if you like editing your photos on the app but would want a more convenient way to do so. You now have one-tap actions which are their suggestions based on machine learning. You also will get some AI-powered creations and Google is also now opening up a partner program so developers can support Photos in their products.

When you’re viewing your photos, you will now see some one-tap actions as suggested by Google Photos, which includes options to brighten, rotate, archive, or share a picture. Since it uses machine-learning, you will only see these suggestions on relevant photos. And since it’s a one-tap action, you only just need to tap on them and not do anything else to complete the suggested action. This is pretty useful if you always upload a lot of photos there and don’t have time to edit them first.

Your Google Photos Assistant always has some suggestion as to what to do with photos, whether it’s a picture collage or a video collage. Now you can add photo creations that play around with pops of colors. It will detect the subject of your photo and leave the background in black and white and enhance the colors of your main subject. Just go to the Assistant tab to view some of these suggested AI-creations.

Lastly, Google is opening up a new partner program so that developers can add Google Photos support to their relevant apps. They will be rolling out apps and devices over the next few months that will enable you to still access your photos even when you’re using another app or device.