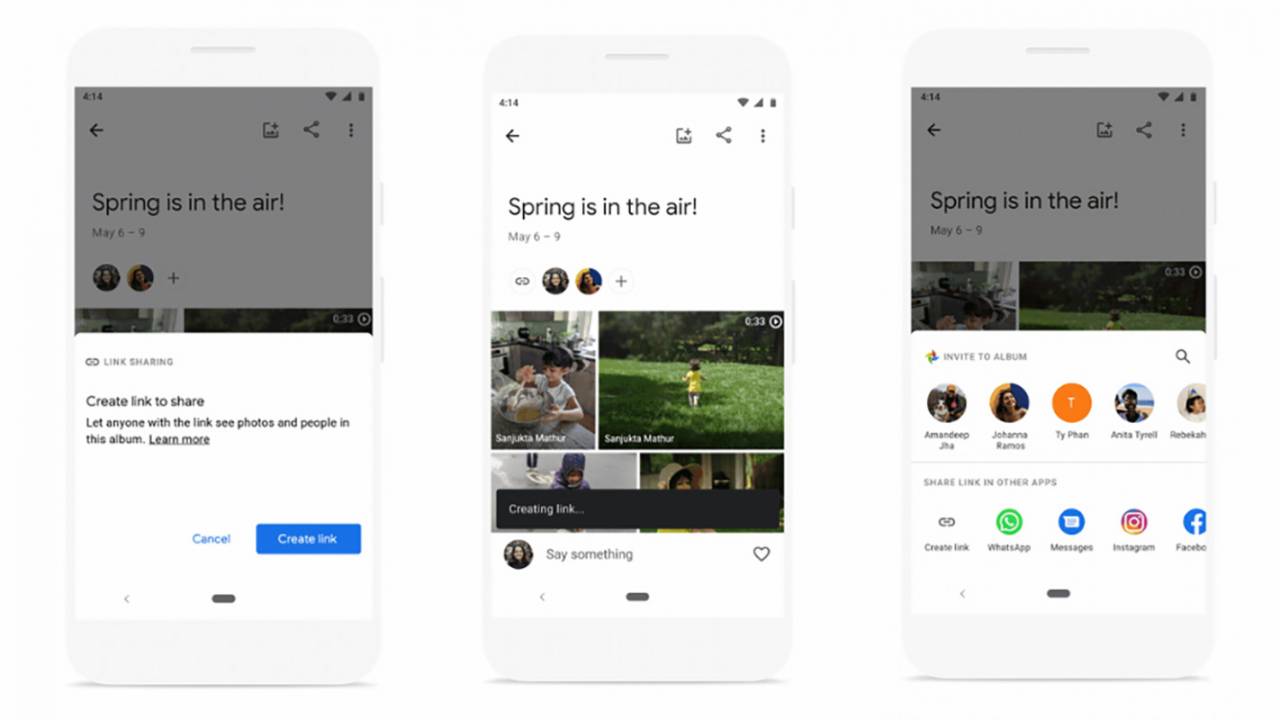 For those that use Google Photos to not just store your own pictures but to share them with other people as well, they are making some changes in the way you share your albums. Users will now have more options when it comes to sharing photos, specifically albums, with friends and family members. It’s not a major change but they are building on the direct sharing features that they’ve been bringing since December and the old ways of sharing are still there.

Google is now adding the option of sharing the album with other people through their Google account. This is assuming that most of the people that you share albums with already have their Google accounts. Go to the album that you want to share, tap the share button, and then just type in the Google user that you want to share the album with. You can type in more than one person but each of your contacts will receive the invite separately.

This will become the default option when the update rolls out although the other ways of sharing are still there of course. You can still copy the direct sharing link for those contacts that don’t have Google accounts. You can send the direct sharing link through email, message, and other methods plus the other Share to Apps options in the sharing sheet like on Direct Message on instagram, Facebook, Add to Dropbox, Gmail, Twitter, etc.

The direct sharing feature to Google accounts was introduced last December but it was only for individual photos and images. Now they’re expanding it to albums and they’re also making it the default option. This way, Google says they are giving more control to the users over who is added to the album and who has access to it. If you share it to someone who has a Google account, it’s a bit safer than just giving a direct sharing link.

You can also choose to turn off the link sharing if you want to stick to the sharing with Google users. You also have the ability to remove people from albums and the content that they shared within that album. Google is rolling out the feature this week so you can just wait for it to reach you.