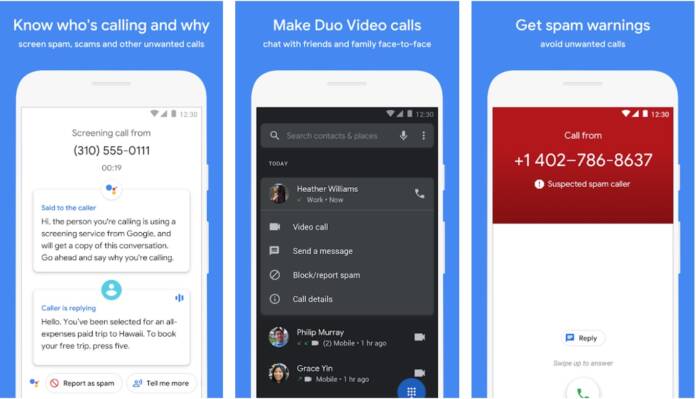 There are several features and apps exclusive to Pixel devices that we would love to have on our other Android devices. Probably one of those is the Google Phone app, with its features to make life a bit easier for making and receiving calls. Previously it was only for Pixel, Android One, and Xiaomi smartphones that are sold in Europe. But now it looks like some selected Android devices can install the app directly from the Google Play Store, without having to do any modifications or install any additional modules.

XDA Developers members discovered that the Google Phone app can now be installed directly on some of their smartphones, like the ASUS Zenfone 6 (running latest ZenUI update), Oppo Find X2 Pro (running Color OS 7.1), LG V60 ThinQ, etc. There doesn’t seem to be a list of devices where you can install the app but their theory is that the phone needs to have the com.google.android.dialer.support shared library to be able to install and run the app.

When first installing the app, you might get a notice that the phone calls may not work on the app because you have an incompatible device. But what they’ve found out is that after you grant it several permissions and you make it your default dialer app, you will be able to successfully make and receive phone calls. Even some of the features like assisted dialing, Caller ID & spam, and Nearby places, all seem to be working as well. Some Pixel exclusive features though like Call Screen will not work.

Some devices like the OnePlus Pro 7 and the Samsung Galaxy S20 cannot install the Phone app. The aforementioned shared library is not present in the latter, so that may be the reason. You can check if your phone has this by running an ADB shell command, but if you don’t know how to do this, better ask someone who can so you won’t risk messing up something on your device.

There’s no official announcement from Google about the availability of the Phone app on other Android devices so we have no way of knowing if this is just a beta test or it’s the real deal. You can try installing it from the Google Play Store first just to check.