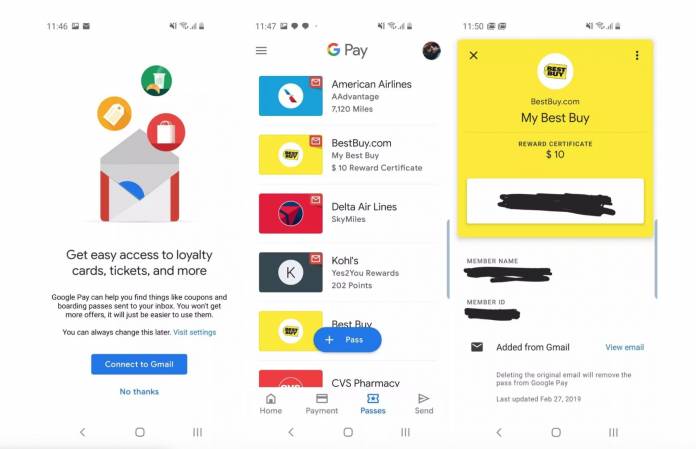 While it’s pretty easy to search through your Gmail app when you’re looking for a ticket or a booking, it would still be convenient to have all of these things in just one place where you don’t have to search for it. A couple of months ago, we heard that Google Pay is actually releasing a feature that would do just that. Now it looks like they’re rolling this out to selected users either as a test or the update is still in its early days.

Google Pay users will get this server-side update which will enable you to allow the app to scour through your Gmail and then show relevant data like movie tickets, airline boarding passes, loyalty cards, coupons, and probably other related information that you would want to see in one place. The purpose is just to make it easier to see them and to use them when needed.

This feature is actually disabled by default so you will have to turn it on manually. Once you get a notification that your Google Pay app has been updated to the latest version, you can go to your settings and then the general section. You’ll see a new item called Gmail Imports and you will have to toggle it on in order to get it to function.

Once you’ve enabled it, the app will then go into your Gmail account and pull data that is relevant to the app. Someone from 9 to 5 Google was able to see his American Airlines AAdvantage miles, a Reward Certificate from Best Buy, and some Yes2You Rewards points from Kohls. The section is called “Passes” and it notes that when you delete the email from your Gmail account, it will also be removed from Google Pay.

Since there is no official announcement from Google just yet, we will assume first that it’s still in the early, testing stage. There are several people reporting that they got the update already though. This new feature will only show up in Google Pay version 2.86 and above.