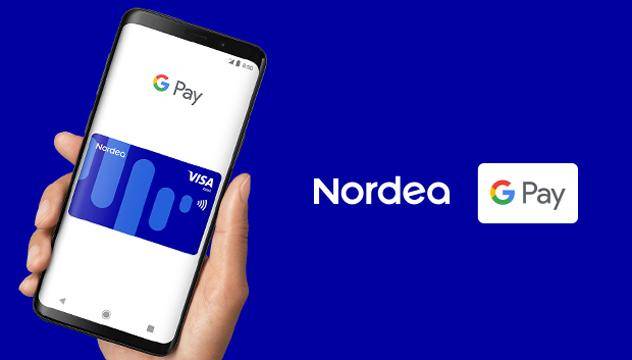 Google Pay is still not as widely used globally as Google would want it to be because it takes time for banks to integrate it into their various products and of course all the various banking regulations per country. So every time a financial institution is added to their list of supported companies, it’s good news for both Google and consumers. Finnish-based Nordea Bank has announced that their customers can now use Google Pay for both online and offline cardless mobile payments and this includes around 19 countries in Northern Europe.

Nordea has actually been on a digital payment kick lately and adding Google Pay is significant for their customers in the Nordic region. All of the consumer cards and Nordea First Card can now be linked to their Google Pay account and so they can leave their cards at home and just use their Android smartphones to pay for purchases in stores that support the platform.

For corporations that have accounts with Nordea, they can also add their corporate cards to Google Pay. Employees can use either their plastic cards or their Google Pay app and all of the payments will still be reflected in the same invoice, making life easier for when they’re traveling and need to use their corporate account.

Of course, Google Pay is not just about transactions at contactless payment terminals but you can also use it to make payments at online stores and even for in-app transactions on your various installed apps on your phone. According to Topi Manner, Head of Personal Banking at Nordea, their customers want “easy, accessible, and secure” hence pursuing this partnership with Google’s mobile payment platform.

If you’re a Nordea customer, simply download the Google Pay app from the Google Play Store on your smartphone and add your card as a source. Instructions are pretty easy to follow so it shouldn’t take you long to do so.