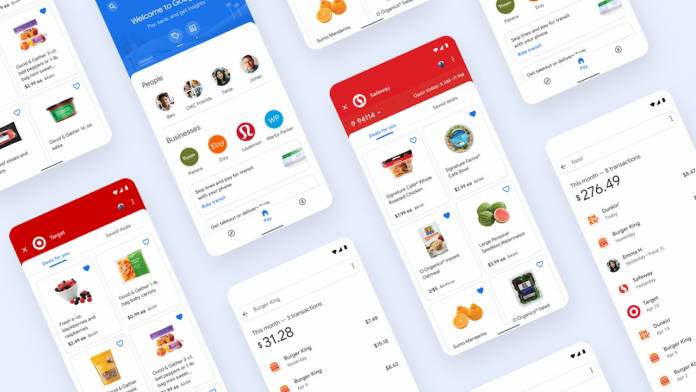 When Google relaunched its Google Pay app, they said they will be focusing more on how to help you pay and manage your finances as well. They are now bringing you three new ways that would help you buy groceries and get the best deals, have a more convenient way to pay for your transit fares (in supported cities of course), and also understand how much you spend every month and where you spend it. This is on top of the usual ways that you’ve been using the mobile payment app before.

Finding the right coupons or the right deals can be a challenge for those who do the grocery shopping for households. Google Pay has partnered with Safeway and Target so you will be able to find the deals easily from your Google App directly. Just search for either of the two grocery chains and tap on the View Weekly Deals section to see what deals you can get. If you’ve also turned on the location in the app, it should send you notifications of the deals when you’re nearby.

Google Pay will also be adding Chicago and the San Francisco Bay Area to the list of locations where you can buy and use mobile transit tickets directly from the app. They are also launching an integration with Token Transit so you can purchase a transit card and when you’re riding a train or bus, you can just hold it to the reader without unlocking it or show the visual tickets for cities that don’t have readers. You can also buy or top up a transit card easily.

And if you want to understand where your money goes, or at least the money you spend through Google Pay, you now have an Insights tab for that. You’ll get not just a list of all the stuff you bought but also see how much you’re spending by category or by business. You can search for food, or even more particularly, for chicken. Or if you want to see how much you spend on Shake Shack every week, it will be easy to find info like that.

Update your Google Pay app so you can see all these new features to help you save money, time, and peace of mind in case you want to know where your money is going. We’ll probably see more new features in the next few months.