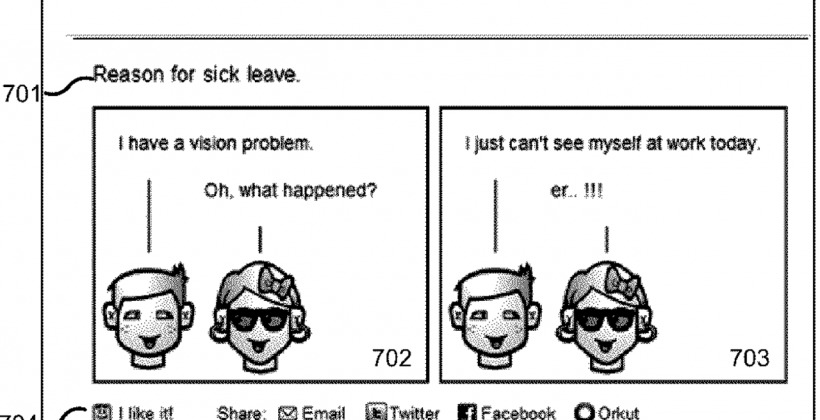 Riding on the popularity of comic strip generating services like Bitstrip and the wealth of funny conversations running amok over the Internet, Google has filed for a patent that practically combines the two trends into one. This patent will try to turn those priceless exchanges into comic strips for sharing with friends, family, and complete strangers.

There has been a rather surprising boom in interest in something like Bitstrips, which allows users to easily create an avatar according to their likeness or imagination and create an amusing or satirical strip, usually based on a real-life situation. Combine that with text or instant message exchanges to the likes of Damn You Auto Correct and you might just have the formula for the next killer app or service.

That might be the line of thinking that went into Google’s mind when it tried to patent a way to turn conversations into comic strips. Some of the details are still unclear at this point, but it does require at least two people in conversation. Of course, there’s an element of social networking, allowing users to post the resulting strip on various sites like Twitter, Facebook, and of course Google+. 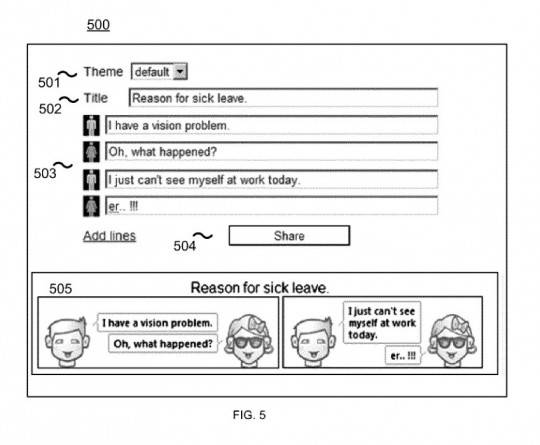 It is still unknown if the idea is to have the user manually create the strip, like in Bitstrips, or if there is some level of automation involved like with the Auto Awesome feature, which might raise a few eyebrows of those concerned with some level of privacy. Of course, that is all presuming that Google actually implements the feature in, say, Hangouts, which can already access both your instant messages and SMS. More often than not, though, these patents are just used as a bragging right and a shield from patent suits.