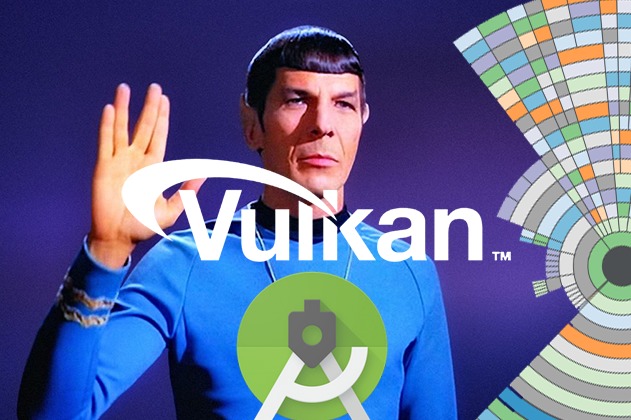 As more and more “high graphics” games flood the Google Play Store, developers are trying to balance out the look of their games – especially the ones that require 3D graphics rendering – with the hardware that’s available out there. To that point, any decent midrange phone from last year moving forward should be able to run these games, but Google has discovered that Android’s API for rendering 3D graphics content isn’t really up to speed.

The current API is really not designed for multi-threaded use, ultimately resulting in more work for your processor. In consumer terms, that brings lag into your life when playing 3D games and working with apps that require 3D rendering. Enter the new Vulkan 3D rendering API. For developers, this API will mean that you can push more 3D rendering workload to the GPU – where it’s supposed to be.

What does this bring for consumers? It will mean that your processor will have more headroom – and that means faster load times for apps and reduction of lag. Apps will have more of the processor to use since the 3D work is pushed to the graphics unit. Faster always means better for the end user.

The current API is “OpenGL ES” which like Vulkan, is also maintained by Khronos. Developers will have a choice of using either when they see what is required by their app. Vulkan is still under development, but it should start rolling out soon, maybe with Android M?