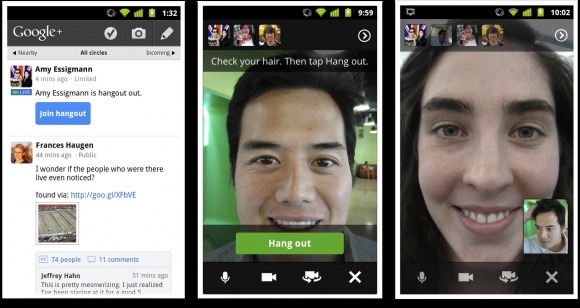 Time to start hitting that +1 button and throwing people into your circles over on Google+. Today Google just announced a HUGE update that their new social network Google+ is finally available to all and open to the public. No longer will users need an invite to join in on the fun I’ve been experiencing for months. Facebook should be worried right about now because I don’t think I’ve signed in for about 2 months thanks to Google+.

Along with finally being open to the public so I can convince all my friends to join in on the circles, Google has also added a few highly requested features to the mobile app. The biggest one being the Hangouts. Being able to do a live video chat with a webcam and as many people as you can imagine is now possible right on your Android smartphone. The +mention feature when writing a post or commenting on something has also been updates once again to allow users to mention anyone in any circle, not just people saved in the mobile app like before. The mention feature was lacking on mobile and I was constantly needing my PC to add everyone I wanted to a comment but those times are gone with the latest updates. 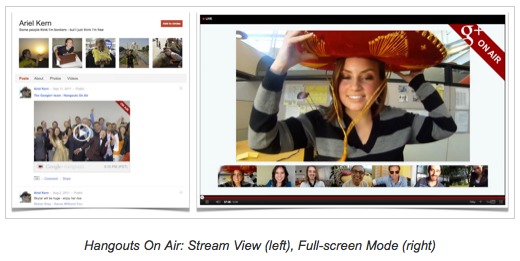 Also starting today not only will you be able to do a Hangout and video chat with all your friends or family but we now have something called “Hangouts on Air” for dekstop. This will allow the starter to broadcast the entire hangout session with people from their circles. This means you can join in on the hangout and turn on your camera, or just be a spectator to the event and watch in instead. There is a limit of 10 people to the hangout, but anyone and everyone can watch as you do tricks in your living room or whatever else you feel like sharing on camera. 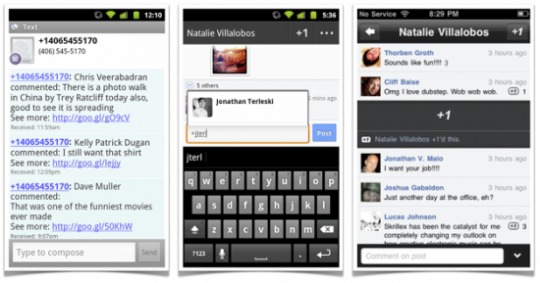 Google’s changed the name of “Huddles” to “Messenger” and added image sharing within the actual chat system, something we’ve been waiting for here at Android Community since the launch of Huddles. The app for Android has also added more notification options, and the choice to move the G+ app to your SD card for older phones. I’m hoping this latest update will finally improve the push notifications because they still seem hit or miss for me.

Google has also added screensharing (like GoToMeeting), sketchpad support, and Google Docs integration all into the world of Google+. For full details and all the information you’ll need head on down to the source link below. Oh and don’t forget to update the Android app in the market by clicking here.