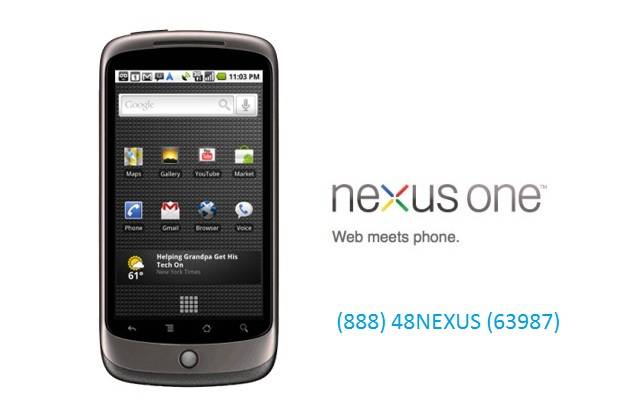 It’s been ages (well, a month) since Google’s official release of the Nexus One smartphone, and the deluge of N1 issues have lead to another Google initiative, a dedicated phone support line to solve the many dilemmas that Nexus One owners have been troubled with since the N1 launch.

Google’s not normally known for taking the initiative with their of customer support, but the Nexus One is anything but a normal Google product.   From the tech company, is the line “Live phone support from Google, combined with an optimized on-line support experience, enables a superior Nexus One customer experience.”  We hope this clears some problems up for N1 users out there.