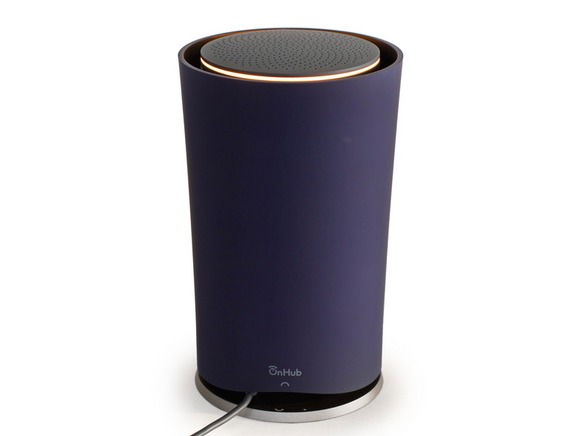 The Internet of Things is finally happening. It may be a long way before homes go digital and smarter but thank heavens for companies and gadget makers who are pushing to “connect” more devices at home, office, shops, or even inside vehicles. One of the active forerunners in the industry is Google and to start the revolution, it has tried to innovate the router. The OnHub is a new router from the Internet giant that reinvents the home-network system by adding more features that a regular router don’t usually have.

iFixIt managed to do a teardown of the OnHub to show us what’s really inside. So far, we know that the OnHub uses a dual-core 1.4 GHz CPU, 4GB eMCC flash storage, WiFi, Dual band 2.4 GHz and 5 GHz 12-antenna array, 1 GB DDR3L RAM, congestion-sensing radio and antenna, and USB 3.0 port + Bluetooth 4.0 connectivity.

The OnHub’s LED ring changes colors based on what state the router is already in. When it’s ready for setup, ring is blue. Teal means it’s ready while orange means something is wrong with it. At the bottom part of the cylinder form, there’s a cutaway perhaps to hold cable neatly. You can also twist it to open and reveal the Google and TP-Link branding.

Router has a rubbery foot that hides some screws underneath. Trying to open the screws was a challenge. The top was also difficult to remove. The iFixIt guys were able to remove the cap that quickly revealed the antenna—also difficult to remove. Opening it further to the side exposed the LED board that includes an ambient light sensor and a National Semiconductor LP5523 programmable 9-output LED driver.

The casing of the OnHub were split into two haves that allowed the antenna to be free. The OnHub doesn’t come with a manual but the cables and antenna seem to be color-coded. Removing those connectors separated the antenna from the motherboard. There’s a 3-watt speaker which makes us wonder if Google is doing an “Alexa” soon. It’s possible and why not?

More and more antenna connectors can be discovered inside. The diamond-shaped antenna we saw a while ago is the one that boosts the signal in one direction—it’s called the directional antenna. If you slide off the port cover and plastic base, motherboard is free so you can do anything. Inside the OnHub, you’ll see the following items:

If we’re talking about repairability, this OnHub only scored 4 out of 10. IFIXIT said that it’s a complex device that might break during disassembly because it’s assembled with clips instead of adhesives. The absence of manual makes it really difficult to repair, disassemble, and reassemble.