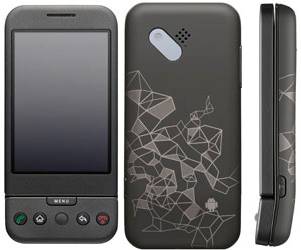 Google has released a special unlocked version of the T-Mobile G1 to help developers develop their applications. This version is going to run you $399 and is both SIM unlocked as well as hardware unlocked. You must first be registered as a developer to be eligible to purchase this handset; registrations fees will run you $25.

Now developers don’t have to purchase this phone from T-Mobile and wait for ages after requesting an unlock code. This development version also has a bootloader that does not restrict the device to officially signed firmware builds. It looks like this may be a way for countries to legally get their hands on one as well.

This version is currently available to Japan, Germany, India, France, Taiwan, Australia, Switzerland, Sweden, Canada, Finland, Hungry, Poland, Spain, the Netherlands, Austria, the US and the UK. Google plans to expand the regions in the future.  Although this handset is meant specifically for developers, consumers can register and have these devices shipped right to their door. Is this what it takes to get one in a country that does not currently have the G1?