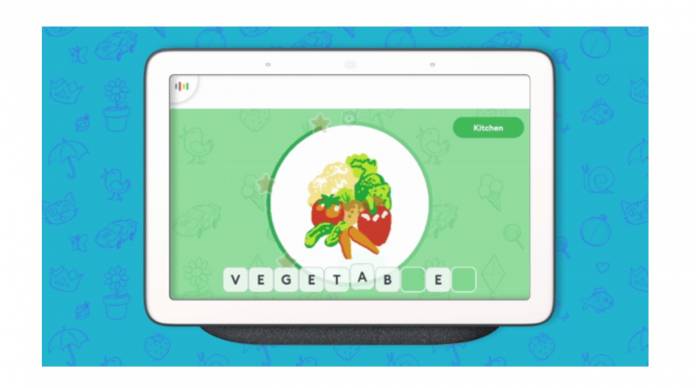 You’ve probably used your Smart Displays like the Nest Hub and Nest Hub Max to stream your favorite show while you’re working or to watch that cooking video while you’re in the kitchen. Google is now trying to get you to use it more by letting Google Assistant challenge you to some interactive games. Just by saying “Hey Google, let’s play a game”, you will be able to choose from the 20 voice-based and visual games. This is something smart speakers have had for a while, but now with smart displays, it’s of course more visual.

Because of things like the Interactive Canvas framework and other improvements in the voice and touch input, you get interactive games on your smart display, powered by Google Assistant. These third-party games have of course been designed “with visuals in mind” and some you may have already played on your smartphone or tablet. Having them on your Nest Hub or Nest Hub Max will make it easier to play while you’re doing something else or play it during a party (when we’re allowed to have parties in the future).

At launch, there are twenty games you can choose from. This includes Guess the Drawing, where you have to guess what the picture is as it’s being drawn; trivia games like Jeopardy and Trivia Crack; come up with categories based on a letter with Categories Battle; and try to solve a puzzle a day with, well, Puzzle of the Day. There are also entertaining games like Madlibs, Talk to the Wiggles where you can sing along or choose your own adventure, and Escape Room in your own room.

Having these interactive games can add more value to a smart display if you’re still not convinced you should get one. They will be adding more games as they work with “top game developers to unlock more immersive experiences”. Let’s see what other games will be added to the roster soon.